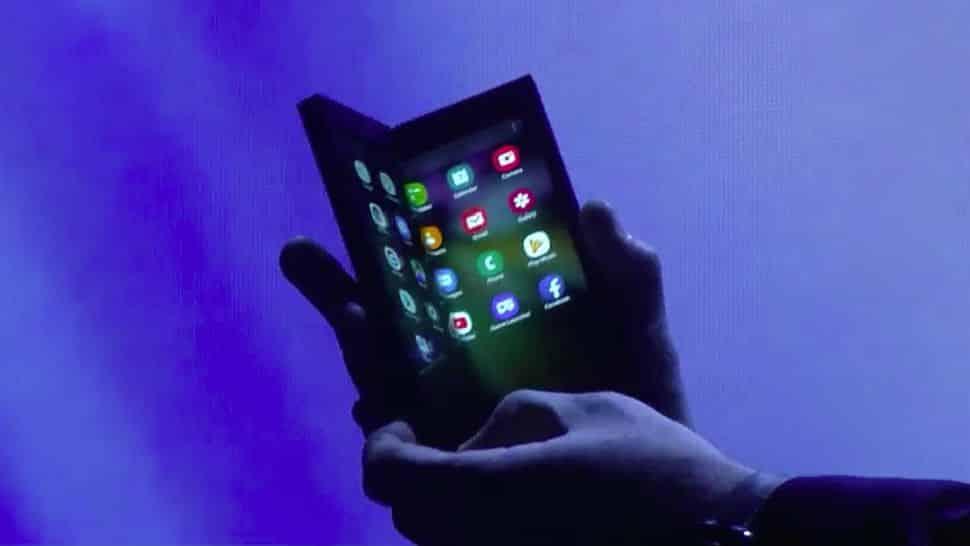 Samsung’s first foldable smartphone, Galaxy X (or F, depending on the source) may be on sale this coming March or April. Leaks and reports highlight something huge and exciting about this much-anticipated device: its folding screen opens clamshell-style and flattens out into a tablet-size, end-to-end OLED display.

This much-awaited folding phone recently made an appearance at the Consumer Electronics Show (CES) 2019, held in Las Vegas. According to The Investor’s report, Samsung showed its foldable phone prototype to its top client companies in a close-door meeting. 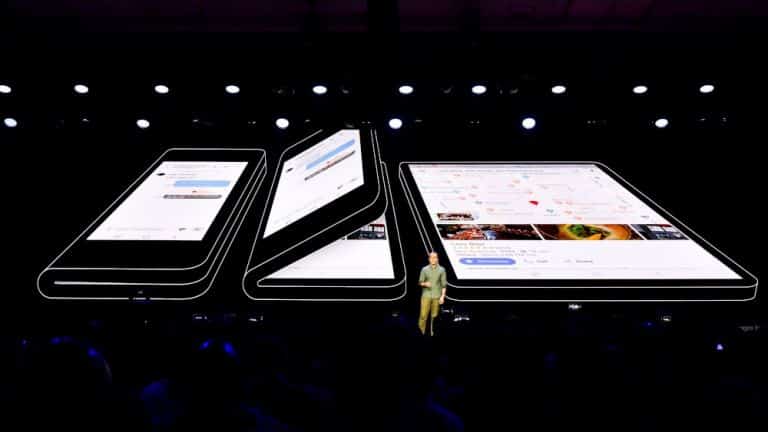 One of the clients revealed some details of this upcoming phone. He said the phone doesn’t show any crease when unfolded, but completely unfolding it may lead to breakage.

Leaks and analysis are painting a picture of Galaxy X packed with extraordinary features, including an Infinity-O display, an ultrasonic fingerprint sensor and Samsung’s own take on Face ID. If the rumours are accurate, Samsung could have a hit and make its place at the top of the best smartphones in 2019.

Here’s all you need to know the Galaxy X.

Galaxy X will come with an Infinity Flex Display that is a tough and flexible version of composite polymer and is thinner than any existing mobile screen. Infinity Flex Display allows users to unfold the screen of their smartphone into a tablet. This larger and immersive display will be perfect for media playback and multitasking.

When unfolded, the screen size measures 7.3 inches. While it doesn’t sound as large as a tablet is, the noticeable factor is it’s wider than a typical phone or table, which translates into more screen area. It has a native screen resolution of 1536 x 2152 pixels and a screen density of 420 dpi. When unfolded, the phone’s display folds inwards and appears like a book.

It is powered by a new Android user interface (UI)

One UI, Android’s custom mobile operating system, is especially designed by Samsung for its Galaxy devices. Galaxy X will come featured with One UI that has been built to assist with single-handed operation. It automatically orders relevant content on the bottom of the screen using readily and simplified identifiable icons. Thus, users get a constant, seamless experience with icons appearing whenever they need them, and disappearing when they don’t.

The new, folding device may come with a major upgrade on RAM as Samsung has recently developed an 8GB RAM chip built on a 10nm process. If the Galaxy S10 comes featuring this RAM, it will have a data rate 1.5 times faster than previous models and will reduce power consumption by up to 30%.

Why would people buy Samsung X for a large screen when they could buy a laptop for money like this?

The biggest reason is portability. As users will be able to fold Samsung X when not in use and unfold it into an almost tablet-size screen when in use, it is much more portable than a laptop or tablet. Users will be able to carry it as they carry their smartphone, fitting it comfortably into their pocket.

According to The Wall Street Journal, Samsung has apparently decided to release the Galaxy X in stores in April. Although there have been many rumours about the release in February on an MWC (Mobile World Congress) 2019 launch, roughly a week later, the tech giant moved it forward to get ahead of Huawei, which itself is rumoured to launch a foldable phone at MWC.

Samsung has announced that the Galaxy X will launch in the first half of 2019 in select markets, including Australia and will be producing at least 1 million units.

Samsung has a disruptive gadget on their hands with the Galaxy X. Its unique design, although attempted before by a startup called Royale, will be a first of its kind among the major players in the mobile hardware market. Being a first mover is never a simple task. Albeit a sort-after strategy for most businesses, the launch must be done the right way to avoid the second-mover finding an opportunity in a faulty launch. With the comments on the Galaxy X though, along with the company’s reputation in the mobile hardware space, one can be confident that the Galaxy X will be well worth the anticipation.