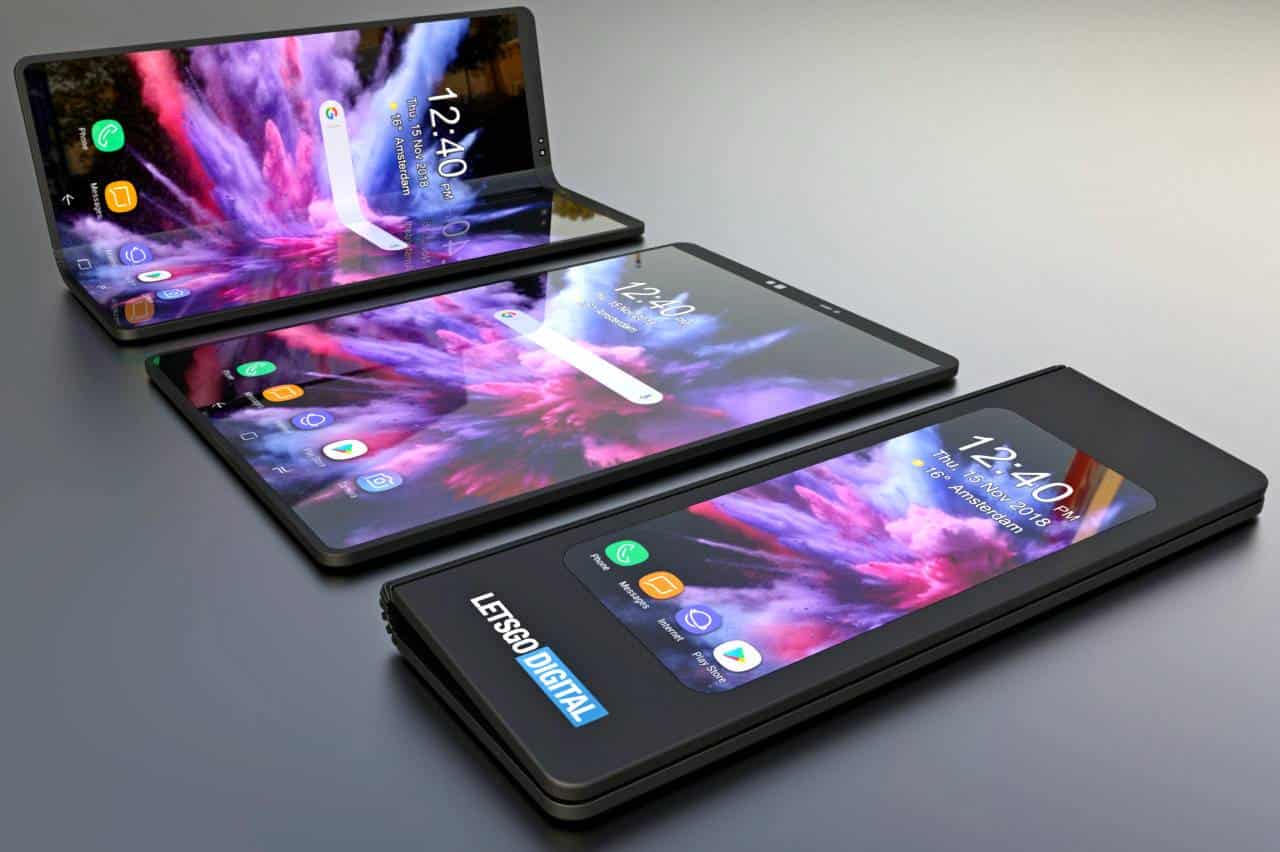 Foldable electronics are no longer mere elements of Hollywood sci-fi flicks, but high-tech consumer electronics that are fast becoming a new frontier in the battle for supremacy between global tech leviathans.

Smartphone giant, Samsung, is looking to assert its ever-expanding influence on the emerging market for foldable electronics and 5G technology. With global spending on 5G connectivity infrastructure between 2019-2021 expected to hit $2.3 billion, and global 5G subscription market expected to service over 2.6 billion customers in 2025, Samsung has sufficient reasons to eye market shares in the 5G industry.

Perhaps the anticipation of 5G technology will result in several 5G-capable smartpone releases this year. With that notion, companies can expect the already-competitive mobile phone market to become even more competitive. Samsung has decided on a first-mover strategy, in this case, with its plan to launch its 5G-capable phones in the first quarter of this year. 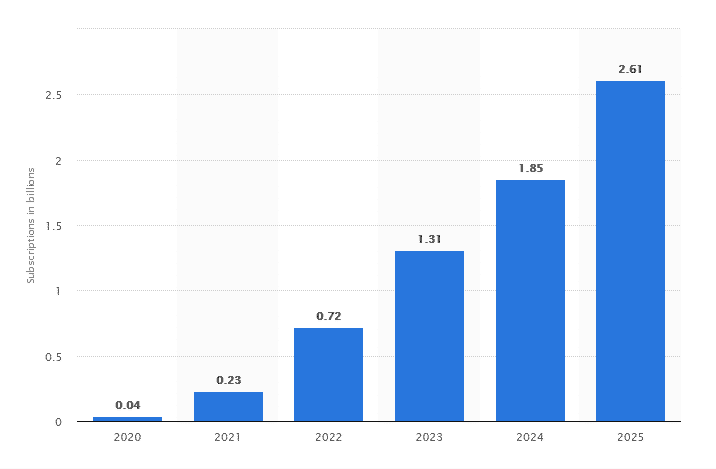 The hype though, might be more about the foldable feature of Samsung’s new releases. The eye-catching design of the anticipated flagship is sure to turn more than a few heads. As consumer expectations increase, hardware companies must keep up. The foldable phone releases seems to be an attempt to do just that, as Samsung launches out into uncharted territories.

All about Samsung’s new releases

Samsung has announced it will be unveiling its new set of smartphones — Samsung F and S10 — in an event it plans to host on February 20 in San Francisco. The smartphones are expected to be 5G-capable, with the Galaxy F featuring a foldable design that folds into a normal-sized smartphone display and unfolds into a tablet-sized display. These phones have been surrounded by rumours, giving uncertainty to their actual names. Some reports refer to the foldable phone as the Galaxy F, while others refer to it as the Galaxy X.

The Galaxy F display size is expected to feature end-to-end OLED displays of around 4.5 inches when folded. Official statements also say the phones will come with two inside panels, which forms the 7.3-inch OLED screen when the device is unfolded, as well as one outside panel. The phone is also expected to be 5G-capable. Other than these specs, the company is yet to officially release any details concerning the features of the upcoming releases. The phone is expected to retail at $1,500 to $2,000.

In July last year, Samsung first announced the upcoming release of its line of foldable smartphones, scheduled to take place later on that year. However, the company took longer than expected to release the innovative smartphones, and was subsequently beaten to punch by the startup, Royale. Royale released its FlexiPai flexible mobile phone at a conference held in Beijing, becoming the first to launch a foldable smartphone.

Samsung has been wary of playing catch-up to larger, more significant competitors, such as Huawei, in the race for dominance in the emerging markets for 5G and flexible electronics technologies. Royale, on the other hand, doesn’t seem like such a major threat. In a preemptive move to stay ahead in the race, Samsung has had to move up the launch date for the new releases. 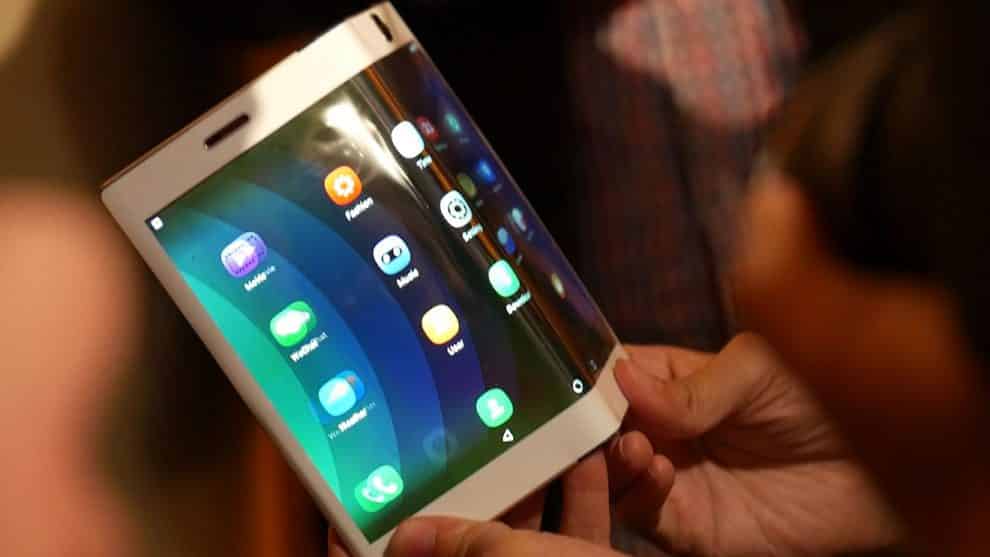 According to official statements released by the company, the latest set of S series will comprise three versions of the Galaxy S10 with varying screen sizes, with at least one of them being 5G-capable. The smartphones are expected to be studded with many ingenious features, including four rear cams (two in front), a 6.7-inch super AMOLED display, a 5,000-mAh battery, a 10GM RAM, and up to 1TG of storage.

According to a Wall Street journal report, the tech giant will begin releasing the three versions of the Galaxy S10 by March, and then release a fourth, 5G-powered version later on in the year. An expected unpacking of the Galaxy S10 and Galaxy F is set for February 20 at the Samsung Unpacked event at the Bill Graham Civic Ausitorium in San Francisco.

An anonymous source disclosed to the South Korean media this January that the cost of each of the models of the releases will be “twice the price of a premium phone”. Therefore, the price points for the new releases is expected to fall anywhere between $1,800 and $2,500. Similarly, Gizmodo UK claims the models could cost anywhere between 1,500 and 2,000 British pounds (about $1,900 to $2,550). 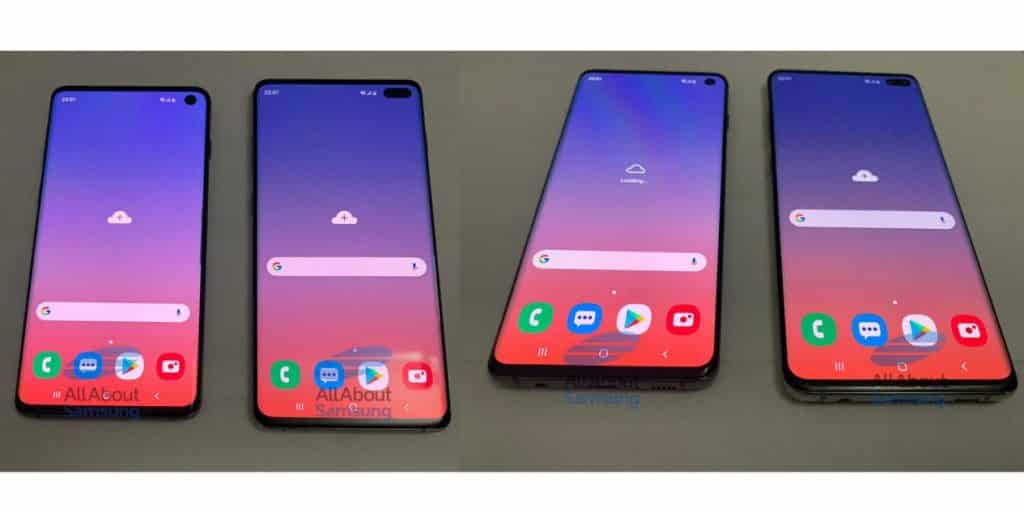 The race to reserve technology

Other reports suggest that arrangements have been concluded for affiliates and subcontractors to begin sending supplies of component parts for the latest set of releases. These arrangements began last November, in readiness for the product launch early this year.

Samsung has also filed numerous patents with respect to the new phone, including one for a component that allows phones to fold without damaging “internal components”. Another component, called “artificial muscle”, moves in alignment with the screen to protect it.

Samsung at the forefront in the 5G race

The adoption of 5G technology is set to become a widespread phenomenon before 2025, when over 1.5 billion units of 5G-powered smartphones will have hit the market. Fifth generation connectivity is the next mobile connectivity standard supported by the IEE 802.11ac wireless network standard. Mobile operators are set to roll out 5G connectivity this year, as this latest generation of wireless connection is forecast to overshadow the current 4g/LTE by 2020, dominating it in every aspect. 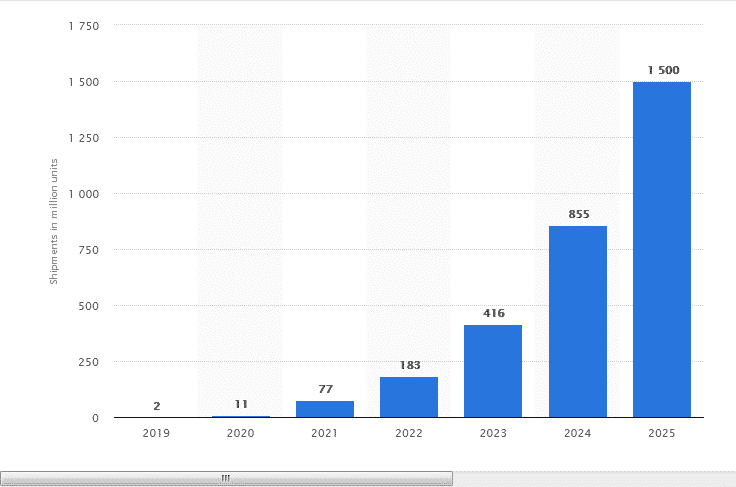 The global number of 5G subscriptions is forecast to range between 20 million and 100 million by 2021. As the demands for faster and more efficient data infrastructure mounts by the day, with an ever-increasing number of data traffic, Samsung is poised to become one of the major leaders ushering in a new era of speedier data communication. The company is looking to become the major hardware supplier for various markets that are currently witnessing the expansion of 5G infrastructure and the improvement of mobile broadband services.

5G-powered Samsung smartphones will provide customers with capacities for seamless streaming of high-definition media, even in areas where mobile broadband is stretched to capacity. Expect relatively lower power consumption, as well as enhanced device-to-device communication.

Samsung, the current global leader in the supply of mobile device hardware, is unrelenting in its quest for global dominance. The company is set to maintain its dominance in the mobile industry with the announcement of an upcoming release of next generation smart devices.

The Galaxy F (or X, depending on who you ask) is set for release early this year. The S10’s three versions are also set to be rolled out around March, with the 5G-powered version scheduled to be released later on this year. An unpacking of these phones is expected in less than a month, on February 20. With consumer demand for more innovative products increasing, along with increasing competition in the smartphone market, Samsung is determined to beat its major competitors, including Heuwei and ZTE, to the launch of the first-ever 5G-powered smart devices.