Should the NBN Cut the Wholesale Cost of Access?

According to Australia’s major telcos, NBN Co. has set the wholesale cost too high. The most popular package is available at $45 per month, making it difficult for resellers. Telcos say they can’t resell NBN plans profitably — it amounts to $60-$70 a month after adding distribution costs, which leads to little or no margin.

In the future, as the market settles down and new retailers emerge, retail prices are expected to rise. In this scenario, customers are not likely to pay $80 a month for an NBN connection. Consequently, telcos will offer cheaper wireless alternatives to NBN (such as 5G), which could deteriorate NBN Co’s business model.

According to Telstra chief executive Andy Penn, as the number of NBN services reach close to 100 percent, Telstra’s profit margin comes closer to zero. This may lead to the telco increasing the prices of plans for customers.

Vodafone chief executive, Inaki Berroeta, made a similar complaint in February. Optus is already offering customers alternatives to bypass the NBN’s fixed line broadband with its wireless services, especially 5G. Meanwhile, Vocus has stopped the growth of its NBN business and is planning to follow Optus’ footsteps.

Internet usage has significantly increased in Australia because of streaming and cloud gaming trends. According to Statista, the global cloud gaming industry will reach around US$450 million, a 900 percent increase between 2017 and 2023. 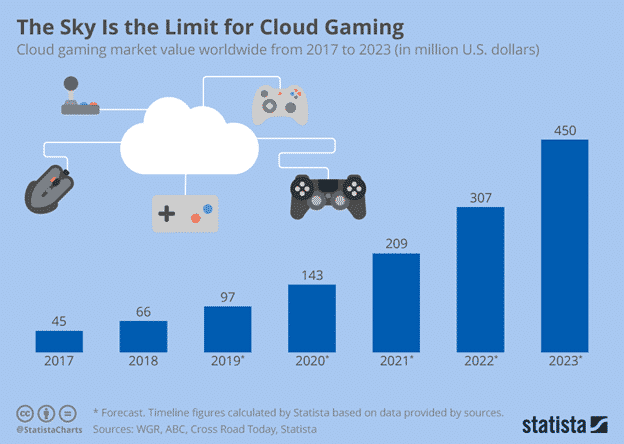 Most NBN services come with a minimum amount of bandwidth; 2Mbps of connectivity virtual circuit (CVC) with a 50Mbps service, and 2.5Mbps of CVC with a 100Mbps service. Since the CVC that comes bundled with NBN services is not enough to control congestion, RSPs (Retail Service Providers) are forced to purchase more of it at a cost of $8 per Mbps per month.

However, increasing the services included in NBN bundles should not result in price increases. The price should remain the same or reduce. NBN should focus on wholesale pricing reduction to remain competitive in a 5G world.

If the NBN doesn’t reduce its wholesale pricing and/or increases service inclusions in its bundles, there will be high demand for cheaper alternatives.

Currently, about 10 percent of Australians premises don’t have a broadband connection. NBN Co. loses a further 15 percent who are adopting mobile or wireless alternatives, which leaves 73-75 percent on the NBN.

NBN pricing is complicated for Australia’s biggest NBN reseller, Telstra. NBN Co pays Telstra for every customer who switches to NBN, and these payments brought Telstra $699 million in the first half of 2018-19. But if during the six months after migrating customers switch from NBN to a Telstra fixed wireless product, NBN doesn’t pay any fee to Telstra. Thus, by offering an alternative to its customers (through 5G, for example), Telstra is risking that $699 million — a move that could further upset the company as well as shareholders.

Telstra is also aiming to merge its infrastructure arm, InfraCo, with the NBN. However, if the telco undermines the NBN, the government is unlikely to pick InfraCo as the buyer. As a result, Telstra has more of an interest than other telcos in making NBN affordable, as the telco calls for lower NBN wholesale pricing.

The NBN claims that it’ll complete its network by 2020, with 11.7 million ready to connect, 8.1 million activations, and $3.9 billion revenue in the fiscal year 2020 within $51 billion peak funding.

At the same time, the NBN should certainly consider lowering the wholesale cost of access to retailers. This will enable service providers offer affordable NBN bundles to Australians while having a justified margin, and will also enable NBN stand in the midst of the coming 5G competition.