The Samsung Galaxy Fold Was a Disaster – Here’s Why 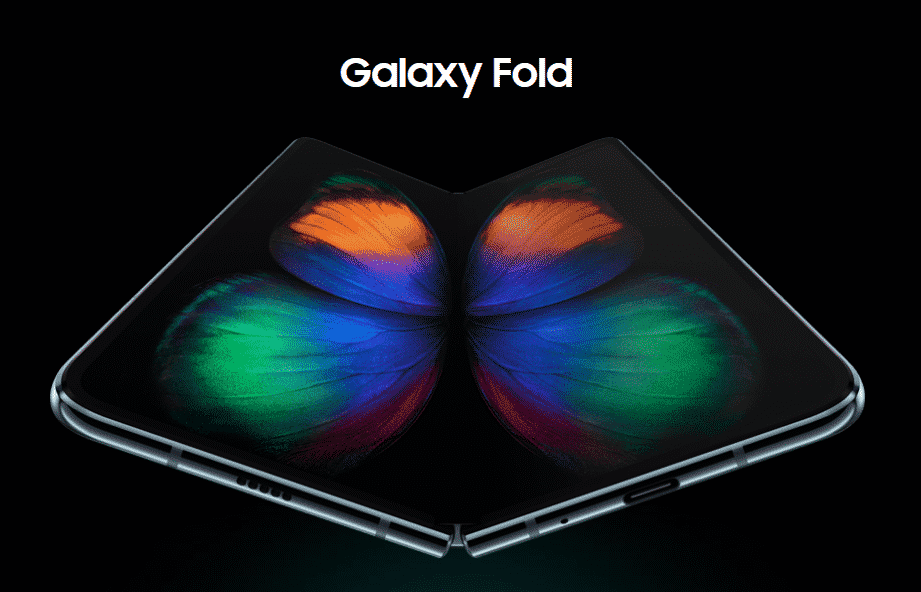 The coming of a smartphone

Samsung is best known for their sleek electronic and technological devices — especially their mobile smartphones, the Galaxy series to be exact. In November 2018, at the Galaxy Unpacked presentation, Samsung announced the coming of a new smartphone that was positioned to be a forerunner in a generation of new smartphone models to come — the Samsung Galaxy Fold, which was the subject of much speculation until recently.

The Samsung Galaxy Fold is the first foldable smartphone produced by a major manufacturer. It folds into a normal, smaller sized smartphone and unfolds into a tablet-sized device. This feature excited tech enthusiasts and consumers all over the globe. It was to their utter dismay, however, that the device fell short of its anticipated glory.

The South Korean tech giant received many accolades for being the first major company to boldly pioneer foldable smartphones. Much of this praise, however, has vanished in the wake of the Galaxy Fold’s release to early reviewers. Once the finished product was received by these reviewers and analysts, it was swiftly determined that all was not well with the Galaxy Fold.

Mark Gurnam, a Bloomberg tech reporter, shared images of his Galaxy fold which he had used for two days. In those two days, his device had become virtually unusable with a pool of midnight ink brimming over half its display.

The Verge published a story which included images of a broken Galaxy Fold. The picture depicted a small bulge on the crease of the device’s folding unit. The picture also depicted “tell-tale signs of a broken OLED converging on the spot where the bulge is.” 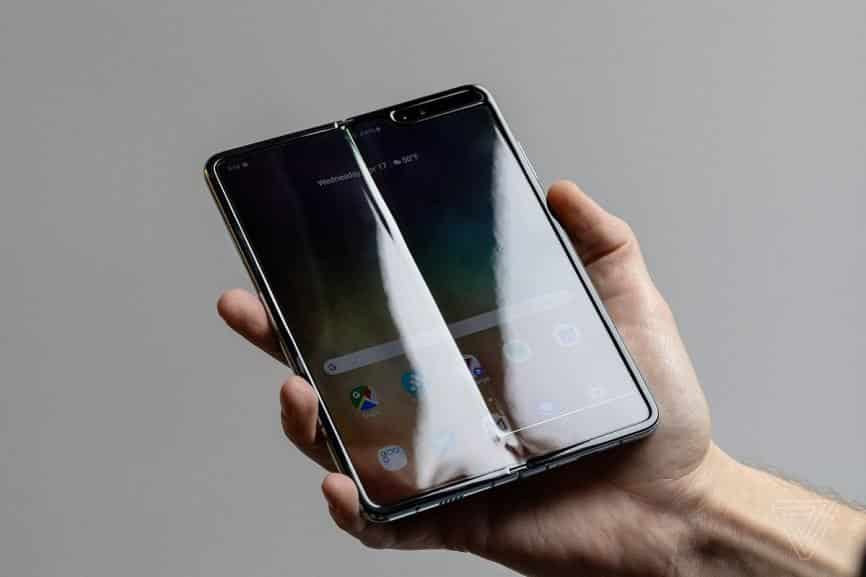 Early releases of the Samsung Galaxy Fold seem to have been defective, causing the company to pull the anticipated release date. Source.

These reviews have pushed Samsung to halt the release of the device which had been slated to hit the market by the 26th of April. According to a Samsung Spokesperson, this delay will enable the company ascertain consumers’ experience with the device is the best, by evaluating the feedback so far and fixing any discovered problems.  As reported by the Wall Street Journal, Samsung will be announcing a new release date in the coming weeks.

It’s not a complete fold after all

Experimentation with new materials which could potentially improve the functionality of foldable gadgets – particularly on the matter of screens – is ongoing. Of these new materials, one of the most promising are substances known as ‘metamaterials’.

Metamaterial that switches from soft to hard and back again. Source.

George Palikaras, founder and CEO of Metamaterial Technologies, is developing an alternative technology called NanoWeb which bends foldable phones without cracking. NanoWeb is made of a super-thin sheet of silver. These sheets are malleable, transparent, and conductive. By altering the sub-wavelength of these sheets of silver, Palikaras hopes to infuse this technology into the screens of foldable phones, thereby making them more durable and flexible.

Prior to NanoWeb, companies utilised technologies such as metal mesh and silver nanowires for the screens of bendable smartphones. Samsung utilises a different structure known as Y-OCTA which embeds touch sensors directly onto the AMOLED (active-matrix organic light-emitting diode) screen. These materials proved unreliable as they broke down overtime.

Asides smartphones, Palikaras is looking into other technologies in which NanoWeb can fit into.

The Samsung Galaxy Fold peaked the appetites of its consumers for foldable smartphones and then failed to meet their expectations. Although Samsung may have fallen short of the fold, the phenomenon of foldable phones is becoming more feasible. By new technologies such as metamaterials, the smartphone world may be well on its way to functional foldable devices quite soon. In fact, as Samsung promises a second release of the Galaxy Fold, chances are they might just get it right on the second try.