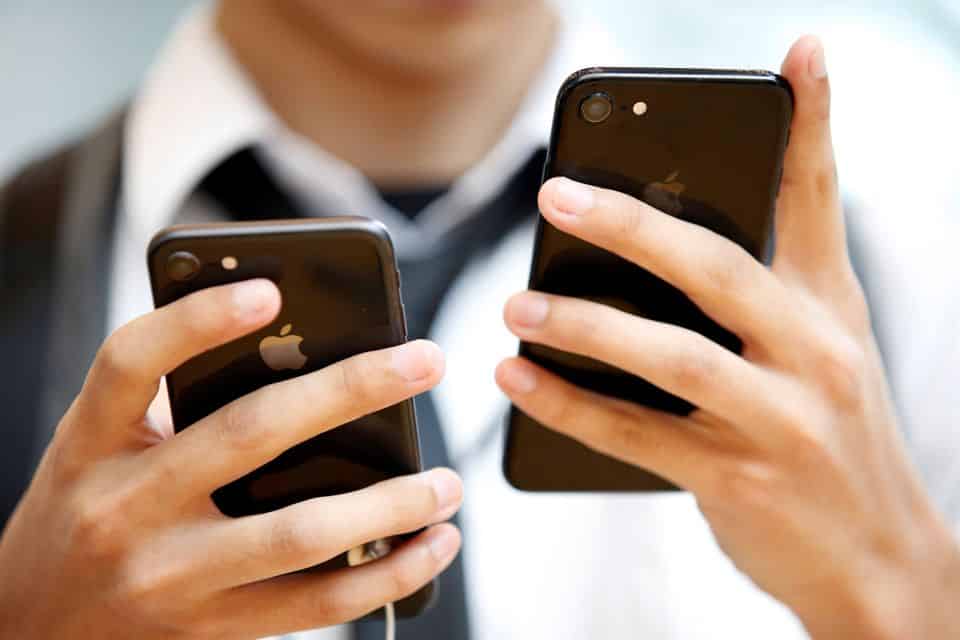 With the advancement in technology, most people rely heavily on their smartphone. With almost every person owing a smartphone, the market for the technology is nearing saturation. After estimating the year-on-year sales, the worldwide sale of smartphones fell 8% in Q3 this year. According to Strategy Analytics, the handset segment is “effectively in a strong recession.”  Even during the global recession of 2008 the smartphone market saw double-digit growth, but since 2010 the tables have turned and the smartphone market is probably nearing its limit. 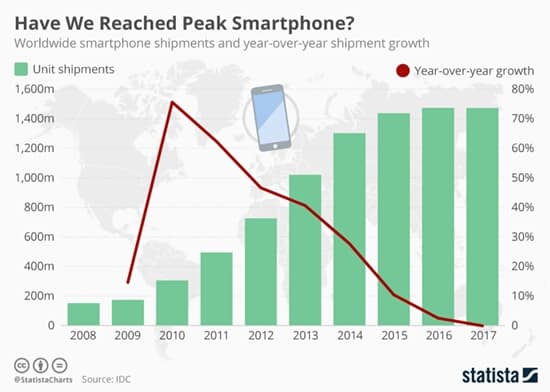 Have we reached peak smartphone? Source

Reason behind the smartphone plateau

One of the major reasons behind the slowing down in sales is the lack of significant change. In earlier days, there was a marked improvement between the iPhone 3 and iPhone 4, for example. Today there is not nearly as much difference or innovation between different models of smartphones, which is resulting in a lack of sales. After estimating that year-on-year sales worldwide fell 8 percent in Q3 this year, Strategy Analytics has declared that the handset segment is “effectively in a recession.” 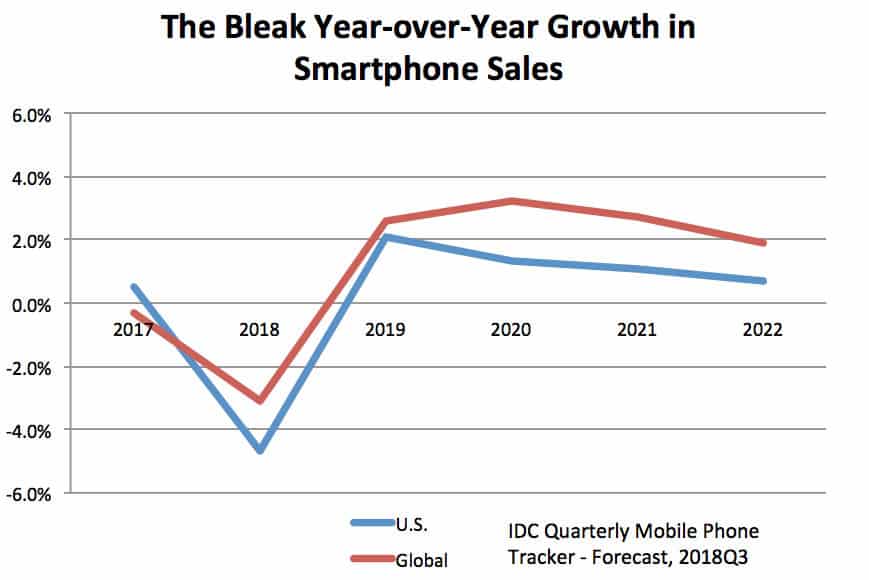 The plateau in smartphone sales is almost here. Source

The smartphone market is becoming extremely competitive. In the areas of the market where peak saturation has reached, even top companies such as Google and iPhone are finding it difficult to increase their sales. The smartphone plateau is affecting the Google Play and iTunes revenue which has also seen a downward trend.

Customers holding onto their phones for a longer duration

Due to the lack of innovation driving the purchase of new models and the increasing cost of owning a smartphone, customers prefer to keep their phones for a longer period. Recently, when Apple was ready to change the batteries of their phone, customers came in considerable numbers to replace the battery. The number of customers was so large that many of the stores were booked for months.

This customer behavior reflects the trend of replacing batteries and making do with an older model rather than spending money on buying a new smartphone. If consumers continue the trend of holding onto their smartphones for a long time instead of upgrading as new models are released, it is likely to make the industry similar to the laptop/computer industry. 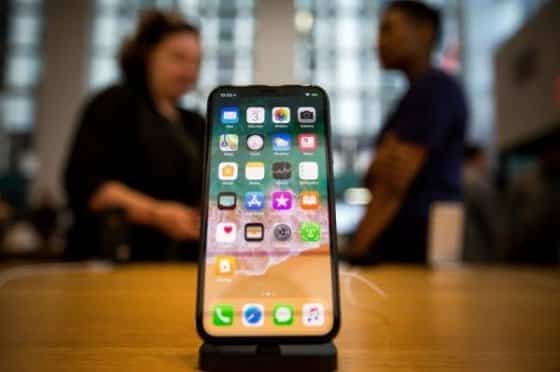 Consumers are holding onto their phones for longer.  Source

A major fact that influences whether or not the market will change is whether customers will buy a new phone when they see something new hit the market. Until companies are able to provide new technology that is worth upgrading for, the smartphone recession will continue to affect the major industry players across the world.

Ways of coming out of the Peak Smartphone era

Today, it’s often harder to find a bad phone than it is to find a good one. Stability of design and improvement in battery life means that customers are no longer desperate to buy the latest phone. A simple solution for telco companies is to shift their focus from smartphone sales to SIM-only or prepaid plan sales.

In countries like Australia where the concept of SIM-only plans is slowly gaining traction, telco companies can offer attractive phone plans. However with the new-found freedom available to customers, they are much more likely to favour low cost plans that are easy to cancel and change, making customer retention even harder for those companies. Without the long-term contract with an included smartphone to pay off, telcos need to sacrifice profit in order to retain customers, which is not sustainable in the long term.

In the past years, telco companies have taken advantage of the increasing demand for new and improved smartphones. These days, the number of customers looking to update their new phone when not absolutely necessary is dwindling. Telcos will need to adjust their strategies accordingly, in order to retain customers. The lack of must-have innovation and customers’ willingness to hold onto their phones for longer could spark a change in the smartphone industry, changing their priorities and strategies. Reaching “peak smartphone” saturation could start repercussions that end the telco industry as we know it today.