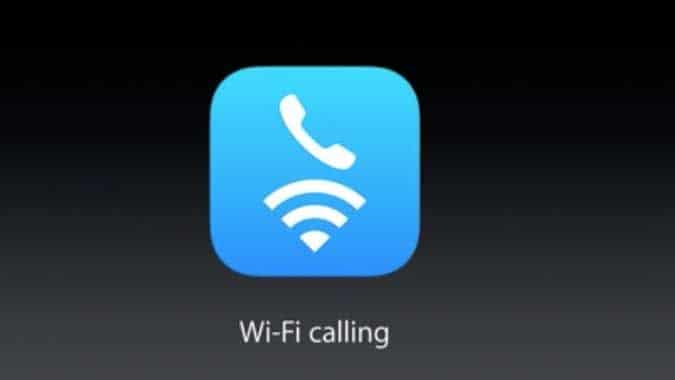 Even in built-up cities, there are black spots where coverage is unavailable. Where people used to have little choice but to walk around holding their phones up to find a signal, their phones could now automatically pick up Wi-Fi instead to keep the call going. It’s a practical innovation that makes life easier for many people, and could even help in serious emergency situations. Here’s what you need to know about Wi-Fi calling.

What is Wi-Fi calling?

Wi-Fi calling works on a similar principle to many VoIP services we are accustomed to using, such as Skype or Google Hangouts. The difference is that you use your phone in the same way you use it on a normal mobile connection, including using your phone number to call other phone numbers – you won’t need a special app or to activate the feature. You also won’t need the hassle of creating profiles, adding friends and getting started with an app as you’ll just use your normal call functions.

Phones can even seamlessly transition mid-call from a phone connection to a Wi-Fi connection in order to give you the best call experience. Some people who have used the feature say the only thing they have noticed is that with Wi-Fi, their calls are actually clearer. Some companies offer SMS over Wi-Fi as well.

Who benefits from Wi-Fi calling?

There are few people who haven’t experienced a call dropping out midway, or who have to avoid a certain spot in their house and office because there is not enough signal to make or receive a clear call. Losing signal is annoying, but consider people who live in remote locations who might have more black spots than good ones.

Phone service in remote areas can be patchy at best, and having another way to send and receive calls helps the people in these areas to run their businesses, stay in contact and get calls out in an emergency situation when hunting for a signal is not practical.

In the future travellers could also benefit, being able to make calls over Wi-Fi instead of using their mobile service’s expensive roaming features. However, at this point most companies restrict their Wi-Fi calling services to domestic broadband only, meaning you’ll need to stick with roaming (or another option) for now.

In 2015, Optus became the first telco to offer voice over Wi-Fi services, through their “Wi-Fi Talk” function. While a great innovation that surprised people with how quickly it was offered, Wi-Fi talk was slightly different as it required a special app to be downloaded and used, instead of seamlessly transitioning in a normal call. However, the talk and text sent through app over Wi-Fi counted towards the normal mobile plan. Optus have since upgraded and customers using VoLTE can now use Wi-Fi talk with no need for an app.

In 2016, Telstra offered Voice over Wi-Fi to complement their Voice over LTE services, with phone calls automatically switching between the two depending on availability. Vodaphone are rolling out Wi-Fi calling, with many areas and phones compatible and more available in the future. These companies so far have only offered Wi-Fi calling to their post-paid customers, with pre-paid customers needing to wait until the rollout is complete.

Obviously, you’ll need to be with a service provider who offers Wi-Fi calling. You’ll also need to be a customer with a post-paid mobile plan. You’ll need a compatible mobile phone as well – it’s the later models of phone that are compatible with VoLTE and Wi-Fi calling. Your mobile service provider should have a list of phones that can access the feature.

If you have all these things, then you’ll need to activate VoLTE and Wi-Fi calling on your phone.

It is possible in some cases to have Wi-Fi calling enabled without VoLTE, but you will experience a delay while your phone changes to a Wi-Fi connection. Soon, all calls will be delivered using either a 4G/5G connection or over Wi-Fi. Enabling Wi-Fi calling will help you join the growing number of mobile phone users who can access even better coverage and clearer calls, using your usual mobile plan inclusions.