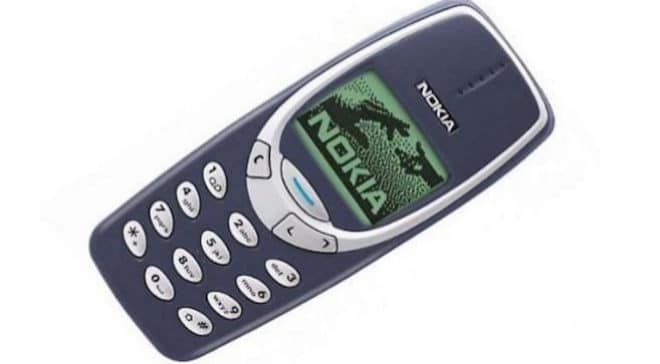 2017 is the 17 year anniversary of the famous Nokia 3310. It seems that this phone may soon be re-released by Finnish company HMD Global which owns the Nokia brand name. The announcement for the re-release date is set to take place before this month (Feb 2017) is up at the Mobile World Congress conference in Barcelona.

Nokia has a long history in early model handsets and they were particularly favoured by millions of owners due to their straightforward features. Nokia just managed to get everything right on the 3310 model. It was born in 1999 and somewhat by chance appealed to the mass market. This included size, price and useful features, such as robustness if dropped accidentally on to a concrete floor. It is expected that the new release will be on the retail market for about $A 81. There are other brands in this re-launch category which include Nokia 3, 5 and 6 Androids and will fetch a higher price tag.

Will the latest Nokia 3310 be as robust as the 1st creation?

One of the best selling points of the old Nokia 3310 was its incredibly tough characteristics. It was loved immensely by those looking for a tough device, like mountaineers, labourers and anyone else who inadvertently drops things on hard surfaces. As the announcements from HMD Global as to the features of this new release aren’t set to be revealed until later this month, no-one will really know its capabilities.

It is anticipated that it will be able to work in a similar way to any modern device, but miniaturised of course.

If you are going to buy this re-released device at a budget price you will probably be looking at a plan to suit. You won’t have to worry about buying the phone as part of a plan as that has not as yet been suggested as an option. It is expected that you will be able to buy it unlocked to use with any network provider

If you already have an expensive smart phone but you need a back-up like the soon to be released well-known Nokia 3310 a prepaid plan is the best way to control and keep a track of money spent out on communications. You certainly won’t want 2 phone bills staring you in the face each month.

If you are thinking of buying your children a 3310, then prepaid is the way to go. Most prepaid plans these days offer unlimited texting and calling within Australia which is great for the gossiping teenager. You can add some data so that your children don’t miss out on social media. Older people who don’t while the days away web browsing and chatting will benefit from prepaid deals, especially those with long expiry dates which eliminate the need to be frequently reminded to top up or get cut off.

Post-paid is an option too but it does require paying a bill at the end of the month. It doesn’t have the same limits as pre-paid but you normally set a limit with your provider and you will be billed if you exceed it.

Many network operators offer suitable prepaid plans for back-up handsets like OVO, for example, which works off the 4G Optus network and offers a $9.95 30 day prepaid deal. This includes:

Yomojo is another MVNO on the cards that may suit the new Nokia 3310, as the price and offers fulfil the needs of the person who needs to check emails, talk and text but not download movies.

The 3310 in earlier models boasted a long battery life, which is great for those users who are absent from a power source for a while. If you are also looking for a pre-paid plan that doesn’t reach its expiry date too soon that might be useful if you are looking to buy a 3310 as a back-up at least.

If it’s a long expiry that you are after for when you pick up your back up Nokia 3310 on a rainy day, you could try Kogan Mobile prepaid 90 day plans, BYO phone. It’s connected to the Vodafone 4G network which is getting better and better by the day.

If you don’t use it too often you will not run out of text and call time or data and it’s a good deal when calculated on a weekly basis. As long as you don’t get carried away with communications this would really suit your back-up Nokia 3310.

There is no doubt, it seems, that the iconic Nokia 3310 is going to make a come-back but what features it will have available has not been revealed yet, so there is a wait and see attitude to see if Nokia can produce a prototype that fits into a world that has changed significantly electronically but may still fill a much needed gap if it offers the robustness of earlier models of the Nokia 3310.