Why Vodafone is the Top Mobile Provider but Only in Sydney 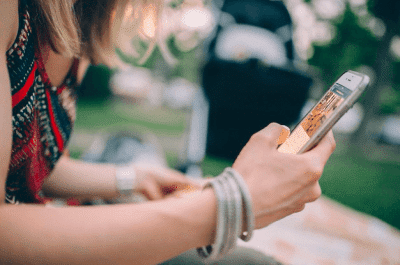 Telstra has historically had the most coverage throughout Australia as the infrastructure was in place when the company finally became completely privatised some years ago. However, this certainly hasn’t stopped Telstra’s competitors. In one city, namely Sydney, Vodafone seems to have overtaken both Telstra and Optus as the main provider of mobile services. This information was revealed by Roy Morgan research.

Throughout Australia there are 18,775,000 people who own mobile phones over the age of 14 years. Telstra leads with 43.6 % while Optus has 24.1% of the market, leaving Vodafone trailing at 18%. But with 66 % or more of the country’s population living in a state capital there is a greater incentive for phone companies to compete more to gain an edge on the market. This has shown that the trend is different in these larger metropolitan areas.

Telstra has overall 33.6% of the market in the main urban areas for mobile phone customers, while Optus takes 26.3% and Vodafone 24.1%.

Overall, Telstra wins the highest number of customers, except in Sydney where Vodafone has a somewhat higher share out of the Big 3. It takes 30.4% of the market leaving Telstra with 27.9% and Optus trailing at 26.5%.

In a further breakdown of statistics provided by Roy Morgan following a survey conducted which included a sample of 23,023 mobile owners the following data was gathered.

Throughout the state’s capitals the percentage market share differs very little for this provider. However, Perth subscribers favour Optus less than other capitals where it only has 20.6% of the market share.

The CEO for Roy Morgan, Michele Levine, reports that there is a lot at stake financially for mobile phone service providers. Currently, the total market is worth more than $2.6 billion annually in Sydney alone. 83.3% of this market is controlled by the top 3 but it wouldn’t take much for one or other of the providers to take the lead. In fact, if Telstra were to persuade 50,000 of Vodafone’s customers to take up its service it would become the main Sydney provider.

Why does Vodafone have more influence in Sydney?

Not all the cities in Australia are exactly the same when it comes to phone usage. However, what seems to be more important is how customers buy the service in the first place. The research study indicates that 3/5 of those who own a mobile phone bought their present mobile plan through a store. This is the same number as in Melbourne where Vodafone scores 3rd place in the market share ladder.

How does this analysis help mobile phone businesses?

Roy Morgan uses what is called Helix Personas, a geo-demographic tool. Using this tool a retailer can try to earmark areas where a new store will be able to target more customers and add revenue to the business. It seems that Vodafone not only has more stores in Sydney but has them in the right places, which attract a customer base that suits the products it has on offer.

In the end the consumer is only concerned with reliability of service in relation to the amount it costs them to access it, not who the provider is. Service providers do not just want to be in the lead; their ultimate aim is to make the most money.