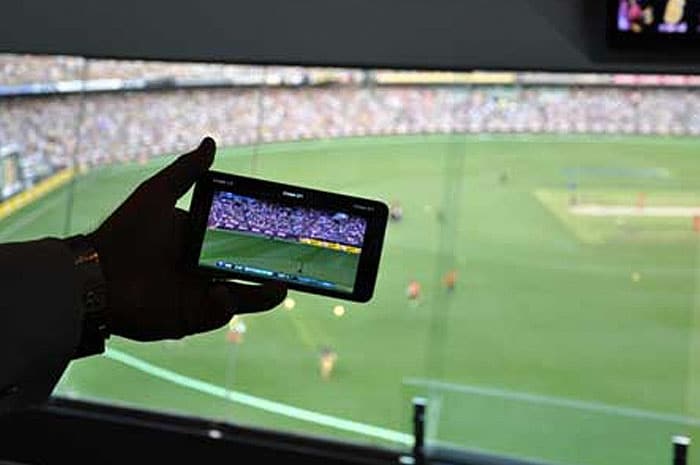 Telstra announced earlier this year that it was going ahead with a major expansion of an LTE-Broadcast or LTE-B network across Australia, mainly with the intention of supplying a high quality video and audio TV service to its own customers. LTE-B will be made available using the existing 4G network, which according to the telco’s group managing director, Mike Wright, is 99% capable of enabling LTE-B. The announcement was made before last month’s Mobile World Congress in Barcelona.

Before Telstra customers get too excited, it should be noticed that the roll-out won’t be universal. Telstra says that it will only be available on a number of Samsung devices, at least at the start. Wright says that Telstra intends being able to offer nearly full LTE-B coverage across Australia by 2018 across many more different devices.

The content that will be provided is expected to include:

Telstra’s LTE-B service is being supplied by Ericsson and the company’s vice-president, Elisabetta Romano, has said about their commercial relationship with Telstra that the intention is to provide LTE-B technology that delivers ‘seamless connectivity’ which delivers a high quality experience.

Telstra and Ericsson are reportedly working closely together to boost LTE-Broadcast in Australia through the new LTE-B Alliance. The Alliance had its first meeting in Barcelona at the Mobile World Congress. Together with Telstra in the Alliance are Verizon (U.S.), EE and KT.

So what is the difference between LTE-A and LTE-B?

The acronym LTE-B is a bit unfortunate because it appears at first sight to be a second rate slow version of LTE-A. In fact, they are quite different technologies.

LTE stands for Long Term Evolution and is associate with what we are told in Australia is 4G connectivity in the wireless network. In fact, most of the 4G available here is more a super version of 3G, rather than what 4G is supposed to be. True 4G is supposed to be able to deliver 1GBps if you are in a fixed position and at least 100 MBps if you are moving at a faster pace, say on a train or in a car. These sorts of speeds are simply not yet available by any of the 3 main networks as yet.

LTE-A stands for LTE-Advanced and is a step up from LTE in terms of promised data speed. By the time that LTE-A arrives in Australia it will be more like 5G than true 4G with much faster speeds than anything we have at the moment. That means that a true LTE-A service should be able to deliver 3Gbps for a fixed position.

LTE-A is not just about speed, it’s also about maintaining continuity. When you move around you are getting your signal from different cells. The signal can drop out as you move from one cell’s influence to another. With LTE-A the continuity will be far smoother with no drop outs.

LTE-B is a part of LTE and is defined by 3GPP, the industry’s standards body. LTE Broadcast allows the same content (e.g. news or sports coverage as is planned by Telstra) to be sent out at exactly the same time to a great number of users. This makes it much more efficient and allows high quality video and audio. Another way of categorising LTE-B is that it is a multicast service, rather than the current unicast service in which video is delivered to individual users via the mobile network.

The fact that it is a component of LTE means that any LTE network is theoretically capable of providing LTE-B. A portion of the wireless network or spectrum is allocated to host specific content. A mobile network operator, like Telstra, can then send out a whole stream of data to all its customers at the same time rather than sending out an individual stream to each user. Theoretically, there would then be no limit to the number of customers who could benefit from high quality TV.

The telecommunications industry is generating new acronyms as fast as it is developing and so it’s hard to keep up. However, all you really need to know is that if you have been frustrated with data speeds and the quality of live streaming to date that’s all about to change. Together with 5G appearing over the horizon at lightning speed, promising super fast data speeds, there is LTE-B, which Telstra is developing nearly everywhere over the next year. LTE-B is coming courtesy of a deal with Ericsson and means much higher quality TV and sports coverage.