Let’s Put Telstra Payphones Out of Their Misery 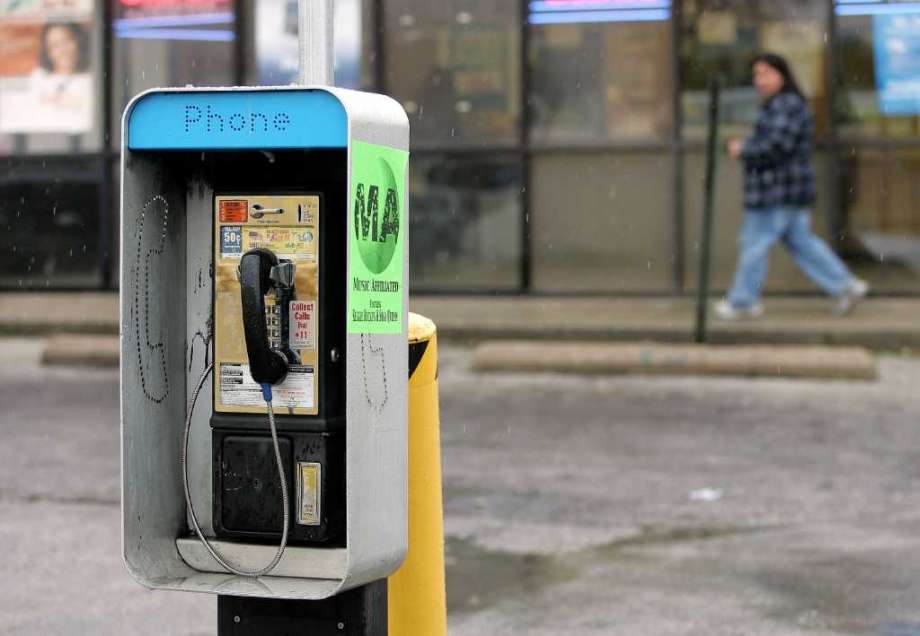 It’s probably a rarity to see someone making their way to a Telstra pay phone these days, despite the fact that 24,573 still inhabit the cities and regions of Australia. There hasn’t been any clear indication what would happen if it wasn’t for the Federal government providing a $40 million subsidy in order to ensure every man, woman and child has close access to a phone. It’s likely that the way Telstra operates that probably there wouldn’t be any payphones at all if they could get away with it.

It’s not normal for a company to hand out what could be called freebies these days, so the phones are only there because of the subsidy. Incidentally, despite most of them being situated in urban metropolises, there are still payphones in the middle of nowhere. The most remote one in Queensland is probably at the small coastal outpost of Seisia, near Cape York. In the N.T, Kandiwal’s payphone is located around 12 hours by road to the nearest town, Alice Springs.

Telstra and the Universal Services Obligation

The Australia Telecom big sell off by the Federal Government now long completed, but started years ago left the government in a bit of a predicament, because it knew deep down that no company is going to provide a service which doesn’t reel in the profits. This gave rise to the Universal Services Obligation (USO), which demands Telstra provides access to standard phone services, meaning wired services and payphones to everyone in Australia, otherwise many payphones would have been ripped out years ago.

This would have left remote indigenous communities in Northern Territory, Western Australia and Queensland devoid of any form of communication apart from snail mail. The other option would have been to install cell phone towers, but what companies are going to do that when the likely customers wouldn’t spend enough to make a profit? Cell phone towers are a bit like McDonald’s restaurants, which are only set-up in places that guarantee a certain customer base and income level.

The Australian Communications Media Authority (ACMA) claims the payphones perform a necessary function as they are situated everywhere. Narelle Clark, representing the Australian Communications Consumer Action Network, defends payphones by saying that they provide a service to Australia’s most disadvantaged, such as those on a low income everywhere, those who have minimal mobile phone access in rural Australia and those who typically don’t live in a good cell phone coverage area.

She even referred to Ngaanyatjarra, a remote indigenous community, where people stand in a queue waiting to talk on the local payphone. In addition to these groups there are also those who are homeless or destitute who depend on a mobile phone, but invariably get them stolen, have no way of charging their battery, run out of credit finished or their phone screen has been smashed beyond recognition.

Australian payphones have changed their appearance, with only a handful of the old orange ones left sporting the Telecom Australia logo. The Telstra Smart Phone at least does have some more useful payment options, including the use of phone cards and coins. They also allow texts to be sent and they have additional devices fitted which include a coupler for a hearing aid and a lit up screen to make for better viewing.

The lack of general use of payphones hasn’t gone unnoticed by Telstra and in some payphones there is internet access available called Telstra Air. This is for use by Telstra customers for Wi-Fi. They are able to use the data allowance they have paid for via their home broadband to access Telstra Air at 4700 hot spots some of which are payphones. You need your own laptop or smart phone to access this service.

What’s the future of pay phones?

There is growing consensus that the upkeep of so many public payphones is no longer viable, especially as mobile phone coverage in regional and remote areas grows by the day. The current contract that the Federal Government drew up with Telstra doesn’t expire until 2033. Telstra is not compelled to report on its revenue from this facility, despite the $40 million subsidy from the taxpayer’s pocket. However, the USO is considering releasing the agreement with Telstra sooner rather than later. This is following a recent report from the productivity commission. The report states that there is little justification for keeping payphones viable when 99 percent of the population is now covered by mobile access.

So far it’s not clear when the last payphone will find its way to the recycler but when it comes to contracts whether viable or not the government will have to reach some sort of compromise with Telstra if it wishes to end the current USO contract.