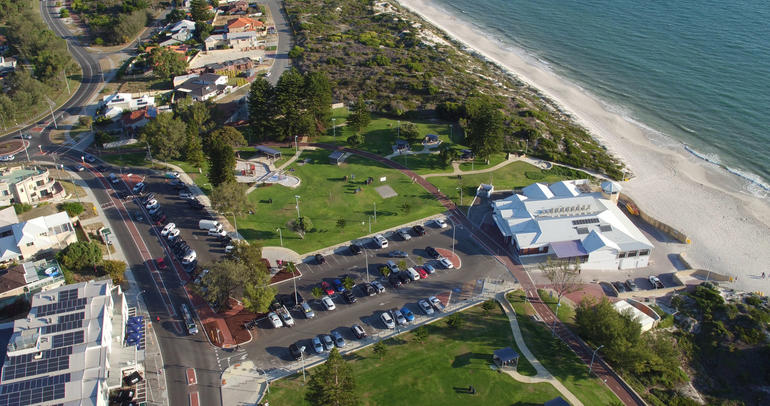 Joondalup City in Perth, Western Australia is set to benefit from a Telstra initiative for smart city solutions. This includes sensors for smart parking, smart trash bins, and the monitoring of the environment at a park beside the beach.

The trials will include the installation of environmental sensors which can monitor humidity, temperature, light, pollution and levels of noise in real time situations. First of all 32 smart bins will be fitted with live sensors which will inform the local council if and when emptying is required. The smart car park will be linked to Telstra’s mobile network which will allow the council the chance to see if any parking spaces are available and will divert traffic in relation to this information.

This is what is called digitisation of services and will allow the council to improve its efficiency by obtaining information on the areas of the park which are being used most frequently and how traffic should be monitored and controlled related to this usage.

Mayor of Joondalup, Troy Pickard, has indicated that digitised services are the way forward for successful local governing. In the longer term it’s hoped that Telstra will be able to link footpaths, roads and the district’s beaches with sensors.

These Telstra smart city initiatives are just the start of the way Australian cities are managed. Nokia has had a lot to say about smart cities deployment and Warren Lemmens, the CEO for Nokia in Oceania, has stated that there is more to smart cities than smart trash bins and smart parking. He says it’s all about 360-degree viewing ability so that relationships can be formed with those that use the city and the businesses which depend on its existence.

Telstra’s IoT strategy is not just based around Joondalup. The company is intending to deploy a Cat M1 IoT network throughout the country. Trials are already being conducted in both Tasmania and Melbourne with partnerships drawn up with Sierra Wireless, Ericsson, Bosch and Altair.

Pooley Wines has been one of the trial areas in regional Tasmania and the Cat M1 IoT sensors have collected information on moisture in the soil, leaf wetness, temperature, solar radiation, rainfall, wind speed and wind direction. This is through the embedded module on Sierra Wireless AirPrime used on Altair’s Cat M1 chipset.

Telstra Labs set up for IoT

This brings together all of the innovative ideas, technology development, and the IoT’s research and development initiatives. It is also the country’s 1st IoT lab open to the public.

The IoT lab in Telstra’s Melbourne headquarters offers space for a variety of interested people including:

It will offer researchers equipment capable of electronic testing, hardware, and also diagnostic tools which will help to develop IoT sensors and hardware with the technology to go with it.

This is not the 1st time for Telstra

There’s no stopping when it comes to digitisation and it’s not just related to our use of phones, TV and home appliances it’s beginning to permeate our way of life completely and the telcos are the ones that are going to benefit the most economically from these initiatives.