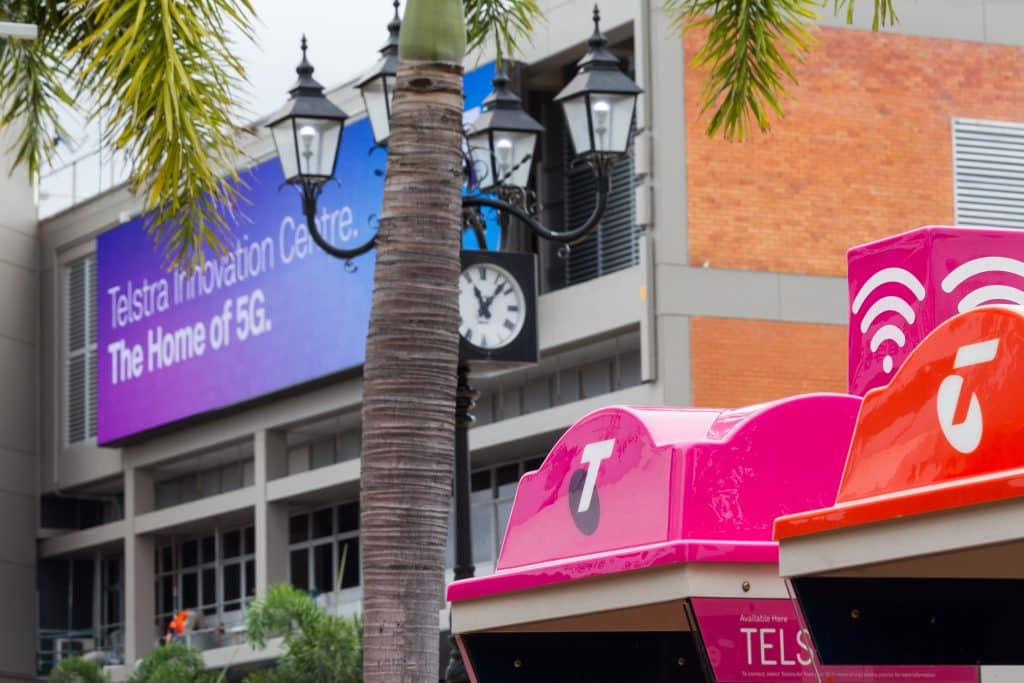 Telstra have been claiming for a long time that they would be the first in Australia to offer 5G to consumers, and they have put any doubts to rest – by actually doing it. While there have been some individual locations that have had 5G enabled technology installed, Telstra customers in three cities around Australia will be among the first in the world to have access to a 5G network, with more locations to come.

Telstra have partnered with technology giant Ericsson to deliver the network to customers. Seeing as this breakthrough is fortuitously timed with the release of the world’s first 5G enabled phone, it looks as if this game-changing technology will finally get off the ground.

Let’s be honest – Telstra have been making some pretty incredible promises about 5G and it seemed somewhat unlikely that they would be able to deliver. 5G roll-out was scheduled for some time in 2019, despite both Telstra and Optus putting on displays during the Commonwealth Games on the Gold Coast this year that were intended to showcase 5G capabilities.

That centre has since been home to several world and Australian firsts including the world’s first precinct of 5G-enabled Wi-Fi hotspots, Australia’s first 5G Connected Car, and the world’s first end-to-end 5G non-standalone data call on a commercial mobile network

All the trials and demonstrations over the last year or so have given a small insight into what 5G might look like when it is finally available to consumers, but the displays have been limited by either needing a physical location to show 5G devices using the 5G network, or attempting to show the 5G network to the public who only have 4G-enabled devices.

Many of the tests were done before there were even firm international standards about what a network should be able to deliver before it could be called 5G, and in the midst of security concerns (https://whatphone.com.au/mobile-phone-coverage/what-is-5g/security-concerns-over-5G). Because of these limitations, it has been hard to gauge how close these companies truly were to a genuine, large-scale, consumer-ready 5G roll out.

Telstra have made a big deal of the 5G enabled towers installed in places like Toowoomba, Brisbane and of course the Gold Coast. However, so far they have seemed like fairly isolated areas without any real commercial punch. Although the most recent towers bring the total to 50, it’s the first time Telstra has demonstrated a network available to multiple cities. This time, it truly feels like 5G is underway.

The announcement means that Telstra has now upgraded 50 base stations to 5G technology across the country, using hardware from their partner, Ericsson. Other locations include Brisbane, Toowoomba and the Gold Coast – which have all been strategically chosen to spearhead the improvements. Telstra’s 5G Innovation Centre was opened on the Gold Coast to coincide with the Commonwealth Games, and has hosted a range of early 5G demonstrations that have claimed a number of world firsts.

Toowoomba might seem a strange choice, but it was also carefully chosen. The city is growing steadily, and is home to the Pulse Data Centre. Toowoomba is surrounded by many different types of agriculture, and is implementing and testing advanced agriculture technology. The 5G network will give the area a boost in the possible technologies that can be utilised, as well as creating a good test area for the network.

The three latest cities to have 5G enabled are Adelaide, Canberra and Perth. Adelaide’s first mobile base station to be upgraded to 5G is in Flinders Street, with Perth offering 5G at Narrows Bridge in the Perth CBD. Canberra’s first 5G base station upgrade is at Pialligo, with other sites coming online at Phillip, Lyons and two sites at Fyshwick. Telstra have announced plans to have 200 stations 5G capable by the end of 2018.

Enabling 5G is an exciting technological advance, but as the network has been switched on without customers owning devices that can actually use it, how does it actually benefit customers? For Telstra, it’s all about staying ahead.

While other companies are beginning to advance in the area of 5G, they are far behind Telstra. It also gives them time to prepare, and get the network ready for large-scale use. This is possibly another reason why so far the smaller capital cities have been chosen by Telstra, rather than the larger areas like Melbourne and Sydney.

Telstra are aiming to have 40% of the country able to connect to 4G in the first 3 years of roll-out. Their initiatives (as well as other players such as Optus) are putting Australia well ahead on a global scale, with other countries like America and Japan still talking about 2020 as the likely date to begin offering 5G.

In the meantime, there is still other tech that can make us of 5G connectivity, such as devices for the Internet of Things, Virtual reality, and self-driving cars that are being held back by the limitations of the 4G network.

While Telstra might be simply trying to get ahead, the 5G upgrades have coincided with the release of the world’s first 5G capable phone. The Xiaomi Mi Mix 3 has beaten other likely contenders such as the Samsung Galaxy 10 Plus by being the first commercially available phone that can utilise 5G.

The Mi Mix 3 has other ground-breaking features, such as a bezel-free, 6.39 inch FHD+ AMOLED display. It has a 24MP front-facing camera, but it is hidden behind and can be slid up when needed. The back features a dual 12 MP rear camera. The phone is powered by a Snapdragon 845 CPU and boasts an impressive 10GB of RAM. The Mi Mix 3 comes with a 3,200mAh battery. However, so far it’s only available in China.

Other major brands have been slower on the uptake – much slower, in some cases. Apple seem in no rush to join the race, with most people not expecting 5G capability until around 2020. Samsung seem to be close, but insist the Galaxy 10 will not be 5G enabled – prompting some to speculate that the Galaxy 10 Plus might feature the new tech. For other major brands like Huawei, Google and LG, 2019 looks like the year of the 5G-capable phone.

The Network of the Future

While Telstra have definitely given themselves a head-start in the race to 5G roll-out, the other companies shouldn’t be discounted yet. With no 5G-capable devices currently available on the Australian market, Telstra’s rivals have time to catch up. Optus have previously demonstrated 5G capability, and theoretically wouldn’t take much to catch up. TPG and Vodafone have been holding back a little, but if they wait until existing technology is trialled and perfected their 5G roll-out could go quicker than the ground-breaking work of Telstra.

It’s not just convenience and quicker mobile data – 5G will enable a whole new generation of technology that will propel Australia into the future. For the average consumer though, it won’t mean much until they can get the technology into their hands. Thanks to Telstra and Ericsson, that day looks closer than ever before.