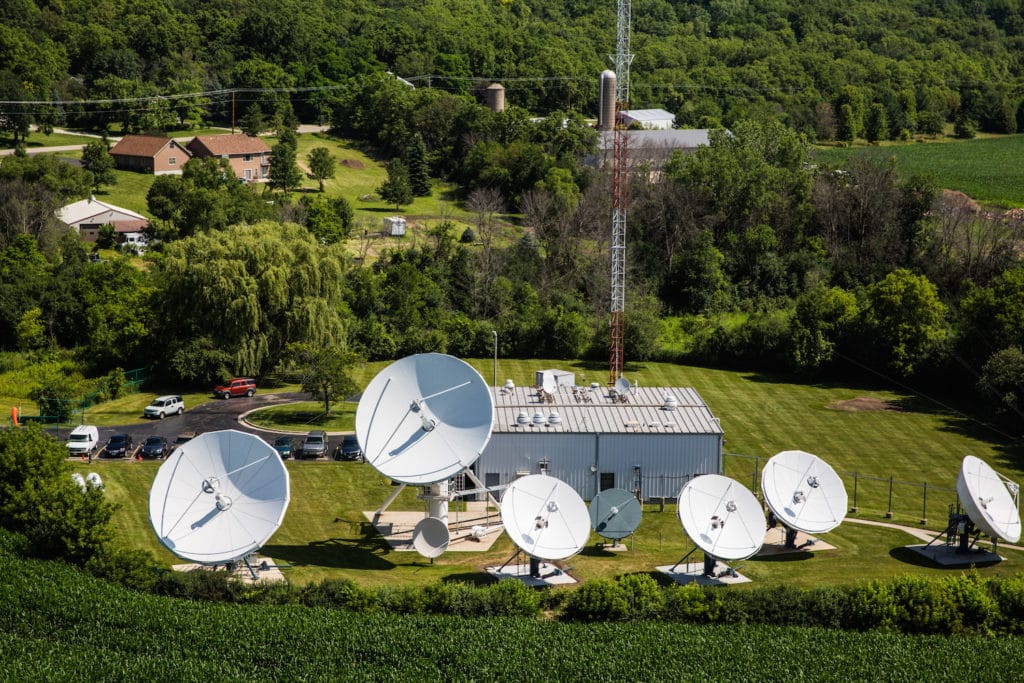 Getting mobile coverage to remote areas is a major telecommunications challenges, especially in Australia. Wide spaces with very low population density and difficult terrain make it hard to get coverage to where it’s needed. Telstra have been working with Queensland’s Winton Shire Council to install satellites, making them the first customers to benefit from the new technology.

What Are The Satellites For?

Telstra has reached an agreement with the council to install the first small cell 4GX-llte mobile satellite in the Winton Shire district in remote Queensland, aimed at extending the telco’s 4GX–lite coverage into hard-to reach areas.

Traditional mobile cell tower base stations are large, requiring a high cost to produce and maintain them. They indiscriminately send a signal over a wide area to provide mobile coverage to people within that area. That system is not suitable for covering areas in remote regions of Australia, as there are wide areas with very few people, making it financially and practically unviable to construct huge towers for very little return.

Small cell technology relies on much smaller base units that can be clustered together to provide mobile coverage where it’s most needed. The small cell base stations are basically a miniature version of the large ones, which makes them cheaper to construct and easier to maintain. It also allows them to target areas that are not easily covered by large towers.

Telstra’s 4GX-lite mobile satellite small cell will give remote customers access to voice calls, text, email, browsing the internet and basic data. However, because if the reduced capabilities of the satellite small cells, they won’t be abel to support applications that use a lot of data, like HD streaming or video calls.

Mobile coverage has long been a problem for Australians living in rural and regional areas. Aside from the lack of every day convenience that people with mobile phones in built up areas enjoy, people in remote areas have real practical and economical disadvantages.

The unreliability of mobile signal can mean that people living in remote areas can’t rely on their mobile phones to call for help in the event of an emergency, or stay connected with family and friends who live in other places.

People are also often unable to run businesses conveniently, with some people needing to drive kilometres every day to conduct their business due to the lack of access to the internet from their preferred work space. People who live on rural properties, for example, often need to rent out a workspace in town to conduct the areas of their business that require an internet connection. Services like EFTPOS are also limited by access to mobile coverage.

The Federal Government’s Black Spot program began in order to address some of the issues faced by residents of areas that do not have reliable coverage. Many trucking routes and holiday destinations that show big population fluctuations between peak and off-peak seasons present additional challenges to telcos looking to work with the government to provide access to customers.

According to the Managing Director of Networks for Telstra, there have been trials at five sites over the last 12 months that represent many years of satellite cell development. Telstra plan to have another 16 sites operational by July this year, with around 500 satellites planned for deployment within the next three years.

The Winton Shire small cell satellites are funded by both Telstra and the customer. Customers pay an initial amount that covers the satellite’s installation, and then Telstra takes on the responsibility to build and provide ongoing maintenance of the small cell. That allow customers to drive expansion to the areas where coverage is most desired.

Telstra currently offers some limited options to remote customers looking to extend existing coverage, such as Yagi antennas and the Telstra Go repeater. However, the Satellite Small Cell will offer coverage to people eve when none exists nearby. It represents a drastically reduced cost when compared to a traditional cell tower, and is a consumer-driven solution, allowing coverage to go to the areas where it is most sought after.

Remote customers might dream of streaming high definition video without issues, but Satellite Small Cells delivering 4GX-lite will hopefully provide a compromise between coverage and cost. Winton Shire Mayor Gavin Baskett, is already looking forward to coverage being available in some parts of the shire for the very first time, and is hoping that the increased access to mobile services will grow tourism in the area – just one of the real world benefits that coverage to remote areas using satellite small cells can offer.