Data Bank or Data Vault – What Does It Mean? 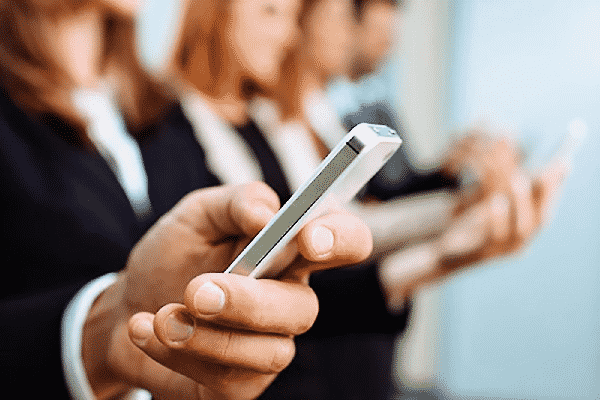 The need for phone plans

The smartphone is an integral part of the day-to-day activities of individuals across the world. In order to use these devices, consumers need to procure SIM cards to connect their smartphones to the networks of their choice telcos. Many SIM cards are bundled with phone plans that may include voice, texts, and data inclusions.

Committing to a SIM plan can be a difficult choice. This is primarily due to the fact that not only are there so many options to choose from, but subscribers also need to derive the best value from the chosen plan.

Most major telcos, however, offer similar phone plans and, inadvertently, similar value. Unique perks such as data vaults/banks give certain telcos an edge over their competitors.

What is a Data Vault/Bank? 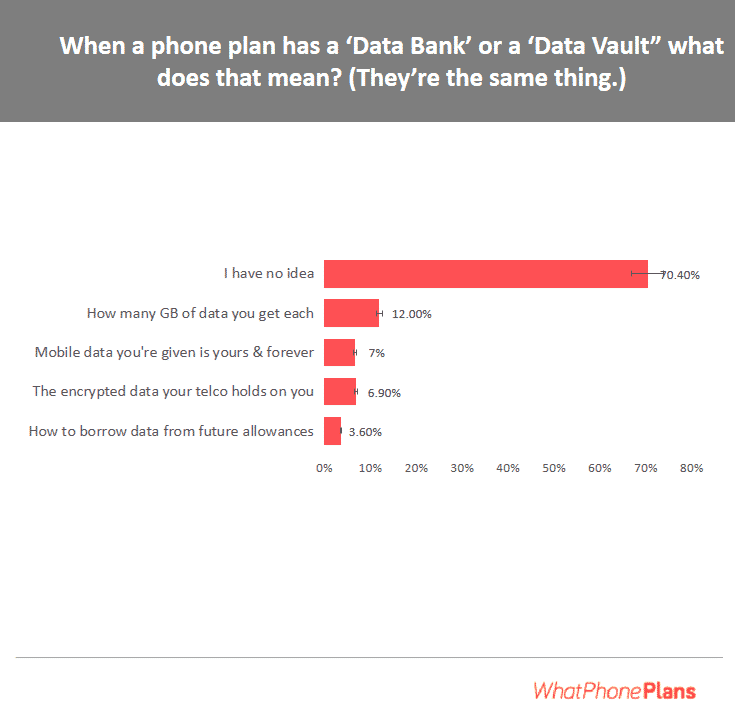 A survey highlighting Australians’ understanding of data banks. As observed, a high percentage of Australians are unaware of what data banks/vaults are.

Each telco have their different the dynamics for running their data banking system. At its core, however, the concept is always the same — data banking lets you carry data from one cycle period to another, usually for extended periods of time. This saves subscribers from data wastage

For example, a subscriber on a data bank plan may purchase a phone plan with 35GB of data. If they are only able to use 20GB of this data, the remainder 15GB will simply be added to their next phone plan cycle. This can go on for as long as the service provider has slated the service to run, or the the rollovers may be capped to a certain number of cycles — it all depends on the telco. The amount of data that can be saved in the vault is usually capped.

Currently, data banking is offered by three telcos in Australia. They are;

Telstra is one of Australia’s biggest telcos. On the network, data banking is offered on Telstra Pre-Paid Max. Data can be banked as long as a recharge is made before expiry on the existing account. Individuals can store up to 200GB in their data banks.

On the Woolworths network, data banking is available up to 100GB, and can be held on to forever. In pre-paid plans, users must recharge above $20 before their monthly expiry period in order to bank their data.

Belong is an MVNO that resells the Telstra network. With Belong, data can be banked on their plans. Unlike other telcos, there is no cap on how much data can be banked and for how long it can be kept. Additionally, subscribers can gift data to friends and family who also use Belong.

What are the benefits of data banking?

There are numerous benefits of opting for data plans on networks which offer data banking. For example:

Final words: Why opt for a plan with data banking?

Banking is an excellent feature for those looking to minimize data wastage. Aside from this, the feature is beneficial to those who need extra data on a regular basis. Instead of incurring extra charges on data, individuals can opt to save unused data overtime in data banks and access them when they need to.