So many telcos to choose from

With so many telcos in Australia, it can be difficult to choose a phone plan. Not only are there three major telcos in the country, but there are also many, many Mobil Virtual Network Operators (MVNOs) that resell the major telcos’ networks.

Having such a competitive telco market means you’ll get a lot of great offers and deals that can save you money. But the countless offers out there can seem overwhelming.

In this post, we’ll compare plans from the largest telco in Australia – Telstra – and four of its MVNOs – Boost, Belong, ALDImobile, and TeleChoice – to give you the facts you need on a smaller scale. That way, you can decide for yourself which service provider fits your needs.

When choosing a telco, one of the first things to consider is network coverage. There are only three major mobile network service providers in Australia – Telstra, Optus, and Vodafone. These major telcos resell their networks to smaller telcos – MVNOs.

As a result, an MVNO’s network coverage depends on the major telco’s network they are reselling. In many cases, this means MVNOs have the exact same coverage as the telco whose network they resell.

But in Telstra’s case, they sell only part of their network, called Telstra Wholesale Network. Telstra makes an exception for only one telco, which we get to in this post.

Here’s a look at Telstra’s coverage as well as MVNOs’ coverage:

Pricing and data inclusions play a major role in the value of your plan. Although Telstra might offer you a ton of premium features that its MVNOs don’t, are those features really worth the higher price?

Here’s a side-by-side comparison of Telstra’s pricing and data inclusions to that of its MVNOs:

Also consider a telco’s customer satisfaction history. If you plan on signing up for a plan, you want to know the telco will treat you fairly and solve problems quickly if any crop up.

Boost Mobile has been known for its high customer satisfaction rating, and closed out 2019 at 89 percent approval, according to the Roy Morgan Mobile Phone Service Provider Customer Satisfaction Report. ALDImobile was a close second with 85 percent, Boost was fourth with 79 percent, and Telstra was ninth with 78 percent. 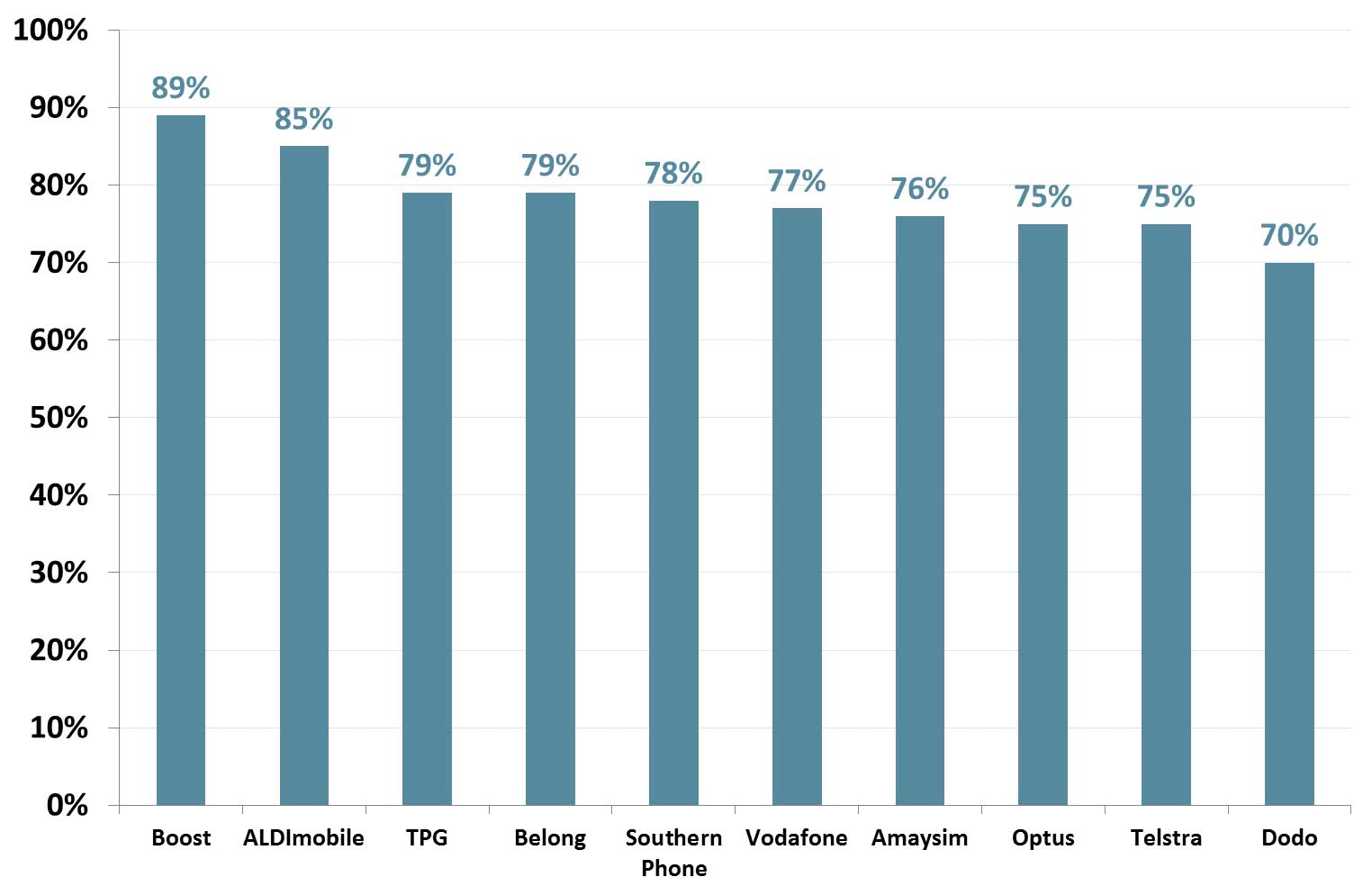 With MVNOs gaining momentum in the Australian telco market, major telcos are no longer as dominant as they once were. While you’ll get premium features like entertainment content and Peace of Mind Data with Telstra, you’ll have to pay a lot of money for their plans.

Telstra’s MVNOs, on the other hand, give you great coverage and value-driven deals. You get the basics and some attractive data inclusions at great prices. Boost Mobile even offers data-free streaming of Apple Music as well as data rollover, while Belong Mobile offers an unlimited data bank.

And while major telcos tend to lag behind in customer satisfaction, MVNOs are impressive in that area. Boost Mobile and ALDImobile rounded out the top two most customer satisfying telcos in the country. Telstra, on the other hand, was far behind at ninth place.

Choosing the telco that’s right for you depends on your wants and needs. Figure out what those are, compare your options, and choose based on value. We hope you find this post helpful in making your right decision.