eSIM Technology Gets a Boost through Google’s eSIM Manager App 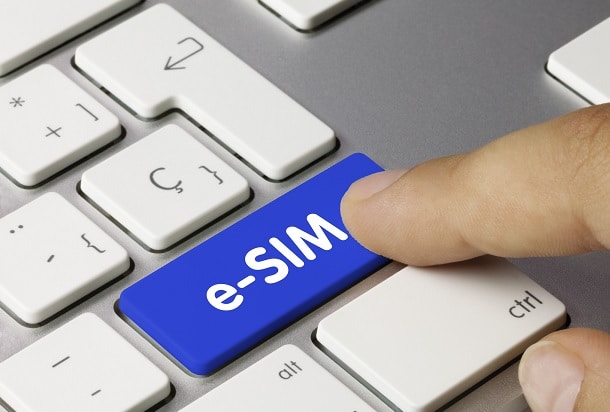 On October 19 and November 15, Google officially released their two flagships, Pixel 2 and Pixel 2 XL respectively. Both phones came with the eSIM technology which enables users to switch carrier profiles without removing and re-inserting SIM cards. To crown it all, the American multinational technology company also launched the eSIM manager Android App to facilitate the switching of network operators.

What is eSIM Technology?

Embedded SIM cards (eSIMs) are the future in smartphone devices. Google, Samsung, and Apple have already embraced this technology with other OEMs considering possible integrations into their devices.

eSIM represents a new standard in the form of an integrated SIM chip being promoted by GSMA. Unlike the traditional SIM cards, the eSIM chip cannot be removed from the device. Users can change profiles from one carrier to another based on their preferences and underlying conditions.

The information on the eSIM will be rewritable by all network operators which means users can seamlessly switch from one operator to another via a phone call. The switching is real time hence no delays in getting you to your new carrier.

From the design point of view, OEMs will benefit from the extra space released by the eSIM which they can utilise in whichever way they want. They may decide to enhance memory, increase battery size, or alternatively make their devices smaller by getting rid of the traditional SIM card slot.

The eSIM technology is also part of a wider consideration by consumer electronics manufacturers keen to adopt it for connected items. The Internet of Things (IoT) will certainly benefit immensely from this technology as will car manufacturers.

On October 16, Google LLC listed the eSIM Manager Android App on its Play Store. The purpose of this App is to help users of eSIM devices to manage their carrier profiles through an interactive user interface.

Currently, eSIM Manager is in its nascent stage. It features the carrier page which essentially shows the active services along with another option known as “Available carriers”. You can remove all listed carriers using the App as well as check the EID number of your device.

Using the app, you can download eSIM profiles and manage them without the need to deal with SIM cards.

On Play Store, the App is partially described using screenshots which shows it running on a Pixel 2 phone. For now, its availability is limited to select Android devices, ostensibly those having eSIM functionality. However, looking over the horizon, the eSIM Manager app will play a key role as OEMs start producing eSIM compatible devices.

The Pixel 2 and Pixel 2 XL devices incorporate internal and external changes absent from the original Pixel and Pixel XL. They are a huge improvement in almost every aspect including camera performance, software experience, and build quality.

The main differences between Pixel 2 and Pixel 2 XL are in their screen sizes, aspect ratios, and screen-to-body ratios. Pixel 2 has AMOLED display made by Samsung which is technically superior to the pOLED display of Pixel 2 XL made by LG.

However, if you are not keen enough, you may not be able to tell that Pixel 2 XL and Pixel 2 were made by LG and HTC respectively; they are nearly identical.

Both handsets come with 4GB RAM and a massive storage ranging between 64GB and 128GB. They also have Snapdragon 835 chipset with a single 12-megapixel rear camera. Probably the most revolutionary feature present in both handsets is the eSIM technology which enables you to directly connect to Project Fi.

With the release of these two smartphones, Google is making a strong statement that indeed it is a player to reckon with in this space. Being at the forefront of the eSIM technology and developing an eSIM Manager App, positions Google as a forward-looking technology giant keen to shape the future of mobile.