The Real Story Behind the TPG and Vodafone merger 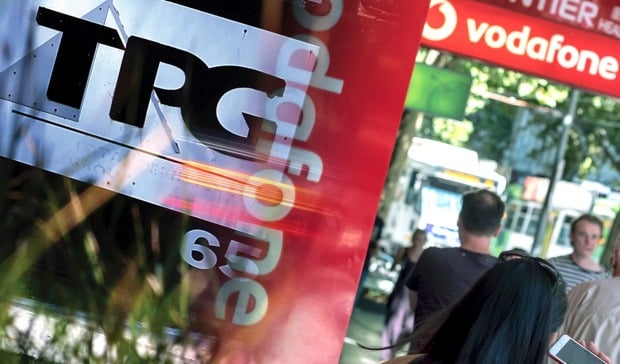 Talks about the merger of TPG and Vodafone have been confirmed recently. The two giants have made an end the speculations by announcing they are in exploratory talks together, although also admitting that they’re still in the no-obligation phase of the deal. The merger may be finalized sooner than everybody expected.

It’s not a secret that the union between Vodafone Group PLC and CK Hutchison Holdings Ltd. in 2009 resulted in a not-so-profitable outcome. With TPG currently leasing some of their network infrastructures, the merger looks attractive to all parties involved. Experts also think that if either Vodafone or Hutchison wants to exit their initial venture, this deal with TPG is the best time to discuss it.

Basing on the number of subscribers they serve, Vodafone is hailed as Australia’s third-largest telecommunications consulting firm offering telecom consulting, after Telstra and Optus. Vodafone Hutchison mostly provide mobile services, and they are currently enjoying 20% of the market share.

TPG on the other hand is mainly a broadband service provider, and its two popular brands are Internode and iiNet. The company has an estimated market value of A$5.84 billion. Recently, it has allotted a $1.9 billion budget to become Australia’s fourth mobile network. TPG enjoys 25% of Australia’s National Broadband Network market share, second only to Telstra, which holds 50%.

Given the background of the two companies, experts described the talks as a merger of equals. The union of these two companies that offer complementary services will prove to be a win-win situation for both of them, according to Sydney-based independent telecommunications consultant Paul Budde.

Even Telstra chief executive Andy Penn saw the merger as a favorable development, not only to the parties involved but also to the telecommunications industry in general. He said that the merger will bring the local telecoms market in line with other developed economies – 80% to 90% of broadband and mobile services were provided by only three companies.

TPG has already started building its domestic mobile phone network prior to the talks of the merger. Vodafone Hutchison, on the other hand, is sustaining a considerable loss in the mobile market industry due to stiff competition and increased handset costs. This merger will certainly benefit both companies. TPG can take advantage of Vodafone’s existing network while Vodafone can use some of TPG’s investment money to get back on track.

While the possibility of the TPG-Vodafone Hutchison merger is already in the works, there are a lot of details in the deal that has to be straightened out. One of the major concerns, of course, is the division of ownership. Speculations have it that TPG will be controlling 50% of the shares while Vodafone and Hutchison would get 25% apiece.

The exploratory discussions also look into the company’s new market strategy. It’s still unclear whether the companies will retain separate identities and their existing brands or create a consolidated image instead.

But the more important question is if TPG, which is known for its competitive pricing, will prevail over Vodafone’s high revenue per customer. Because the pricing strategies of these two companies are very different, it will be interesting to see what kind of plans and service packages they’ll offer to consumers.

Talks about the merger have created a lot of speculation, including the ACCC or the Australian Competition and Consumer Commission. The ACCC’s main concern is the significant reduction in the competition in the telecommunications market, and they recommend that the companies are kept separate for a much better chance to get through the merger.

But if the ACCC is concerned, Telstra and the other competitors of the two companies are more than delighted with the merger for the same reason. The merger will leave them with reduced competition thus better chances to add more to their market share.

Financially, the talks of the merger also triggered an increase in the stock market prices of the telecoms industry in general. The shares of TPG rallied to $7.65, which is a dramatic increase of 22%. It’s the highest level the company reached since 2017.

The same trend was observed for Vodafone and Hutchison, although Vodafone Hutchison isn’t traded publicly. Vodafone’s shares rose to 176.44 pence or 0.2% in London while Hutchison went up 0.4 cents or 6.7%. Even Telstra, which is not a part of the deal, enjoyed a 7% increase in its stock market trade value. That’s the largest percentage rise seen in one day since 2000.

Whatever the outcome of these talks is, the only thing that consumers are concerned about is its direct benefit to them. Currently, the two companies have a combined subscriber base of almost 8 million, and that number accounts for the fixed line and mobile customers of both entities. Businesses will need to take another look at wireless expense management  to see how their rates will be affected. After the merger, they are looking to serve two out of five Australians. However, the parties are staying quiet on how they’ll achieve that goal, as well as all the other details of the merger itself. They’ve decline to add more to what they have officially released in their press statements.

The profit margins set by National Broadband Network, as well as the intensifying competition in the market, are not making the playing field easier for telecom companies. TPG is the latest company to join the mobile services battlefield, after acting on their desire to be the fourth Australian mobile services provider. The merger with Vodafone Hutchison will bump them straight to the third slot, which is right where the company sits. Telstra is happy with that development because the move momentarily averts what could have been a very intense pricing war.

However good it looks, speculators and consumers have no choice but to wait and see. The other telecom giants will surely be contemplating their next moves. But while the merger could happen soon, its actual effects on the consumer may not materialize quite as fast.