What Network Do They Use? Amaysim, Vaya, Lebara & More 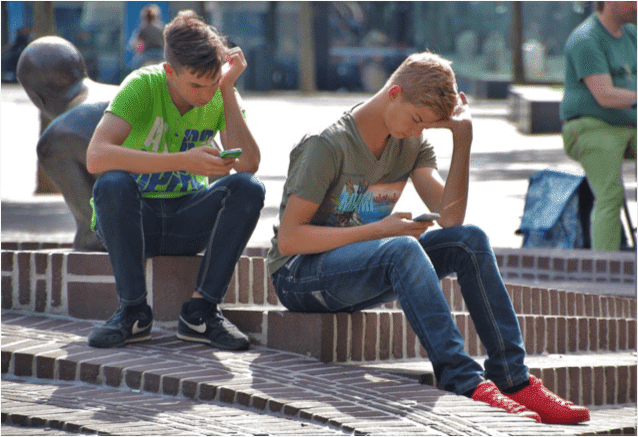 What network do Amaysim, Vaya, Lebara and other smaller phone companies use?

The Australian mobile phone scene is dominated by three major companies as everyone knows – Optus, Telstra and Vodafone. They’ve spent the billions of dollars required to develop the country’s mobile / cellular networks. Each of these huge companies owns one – they own the towers, masts and other infrastructure we call a phone network. Each continues to invest heavily in maintaining and improving this network. Just the maintenance is expensive. There are other costs on top. In particular, improvements including those involved in spreading network upgrades like the advanced 4G network coverage across the country don’t come cheap.

The big three companies retain the patronage of the majority of Australia’s phone users. But that’s a fact that is gradually changing. More people are discovering the advantages of choosing SIM-only plans from one of the country’s smaller phone companies.

The marketing budgets of these smaller phone companies are not a patch on the big boys’. Even so, you might recognise some of these smaller networks from signs in your corner shop – Lebara Mobile for example with their distinct blue colouring is prevalent around the world and in a multicultural society like Australia, have found a niche to serve well. Others, like Amaysim or Boost Mobile have made some investments in above the line marketing and have become recognisable in the last few years.

Many, however, of these small companies you are likely to have never heard of. In this article, we explain why it might be worth looking beyond the brands you know for a better phone deal. There is no risk involved ( most of these are prepaid providers so you can try them, their network and their customer service out for a few bucks ) and there are some great deals out there.

In effect, MVNOs piggyback the bigger companies networks. That means MVNOS avoid all those network maintenance costs. And that means their costs are lower so you get a better deal.

You might think that the larger the phone company, the better the deal you can get. After all, don’t big companies have the greatest variety and the cheapest deals? This is true in other sectors like cars or holidays, but the structure of the mobile phone business gives small firms some key advantages. These smaller phone companies are often described as mobile virtual network operators (MVNOs). MVNO is a technical term and it may be a little intimidating. However, like most words, when you understand what it means, you can see the sense. The term MVNO actually, pretty accurately reflects how these companies function.

MVNOs don’t set up their own mobile phone network, competing cellular phone networks to those owned by the big three. Instead, they reach an arrangement with one or more of the major network owners. They lease access to their network in bulk and resell it to you at discount rates. Their network is virtual, a layer on top of the physical infrastructure offered by the big three.

In effect, MVNOs piggyback the bigger companies networks and avoid all those network maintenance / build expenses – which means their costs are lower so you get a better deal.

You can expect to find that smaller phone companies : 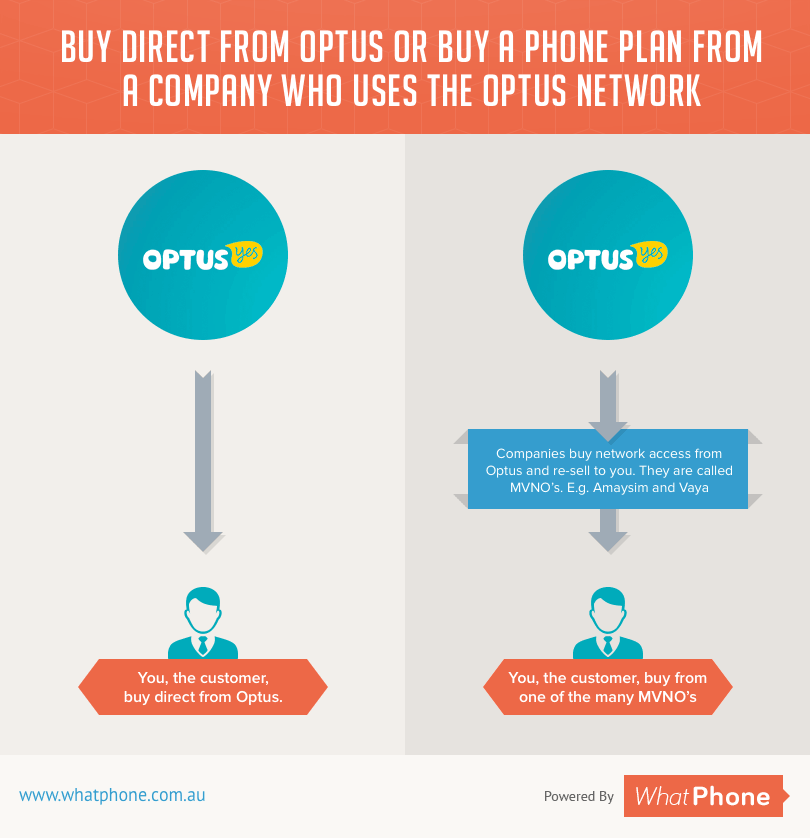 Amaysim, Vaya, Moose Mobile and others use the Optus 3G and 4G Network. If you choose them, you’ll get exactly the same network speeds and coverage as if you went direct to Optus.

How come these deals are cheaper than the main phone companies?

In addition to the fact that they lease cellular network access at bargain rates, several other factors enable MVNOs to offer you cheaper phone plans:

What’s in it for the big phone companies ?

Are there any disadvantages of choosing a smaller phone company?

First of all it is important to dismiss what might be described as one of the urban legends of twenty first century telco – the idea that MVNOs customers get an inferior level of network service. That’s absolutely not true, Smaller phone companies get exactly the same network priority as bigger phone companies. With a little thought you soon realise that a cellular network does not discriminate between users any more than an electricity network assigns its direct customers more volts.

As we’ve said, the phone companies are heavily regulated by the government with the goal of ensuring a competitive market. Any traffic prioritisation like this would significantly reduce the quality of the offering by smaller phone companies and therefore the competition they offer.

Which phone company is on which network

Each of the smaller phone companies works with one or more of the big cellular networks.

The Significance of 3G and 4G

Any discussion of mobile phone plans is bound to involve mention of 3G and 4G. You might, or might not be interested in all the technical details. The key point to keep in mind is that 4G gives you faster access to mobile data.

Can I keep my Mobile Phone Number if I go with one of these MVNOs?

This ranks high on the list of most popular questions with people thinking to change their phone company. It can be a real nuisance telling everyone about a change of phone number, and it can lead you to miss important calls from old friends or business contacts.

Smaller phone companies are a way that the government ensures competition at what’s called the Service Provider level. There are 3 networks and a number of service providers which use those networks to offer a range of pricing and customer support offerings to users. Unfortunately, smaller phone companies can’t afford to spend the same amount on marketing that the bigger phone companies do. Their marketing budgets are simply not big enough. The result is that there are some great deals out there in the market which most people don’t know. We try to expose those deals on this site so you can make the right choice.