When is 5G (the Fifth Generation) coming to Australia?

5G is already in Australia, but the rollout continues

We’ve heard about 5G – the fifth generation wireless network technology – for years. We’ve heard about the high speed and bandwidth, the low latency, the possibilities it’ll bring for other technologies to emerge. How 5G will boost innovation in Artificial Intelligence, Machine Learning, Internet of Things, and many more.

We waited for the tech to go commercial, and it did. 5G went live in Australia last year, and you can compare 5G plans to experience the technology today. And although Telstra had already launched the technology in 2018, Optus had the first usable 5G device in January 2019 when it announced its expression of interest campaign to allow select customers test its fixed home wireless 5G plan.

But that’s far from the whole story. Although 5G has already come to Australia, its availability is limited to select suburbs. Also, the technology is only available to Australia’s three MNOs (Mobile Network Operators – the major networks Telstra, Optus, and Vodafone), and their 5G coverage and availability varies.

There’s also a limited number of 5G handsets out there, and we expect more to come – but for now, that limited availability means their prices are pretty high. And with new mmWave spectrum being auctioned off next year for even faster 5G speeds, we’re obviously yet to experience what 5G can really do.

Read on to find out all about 5G availability in Australia. 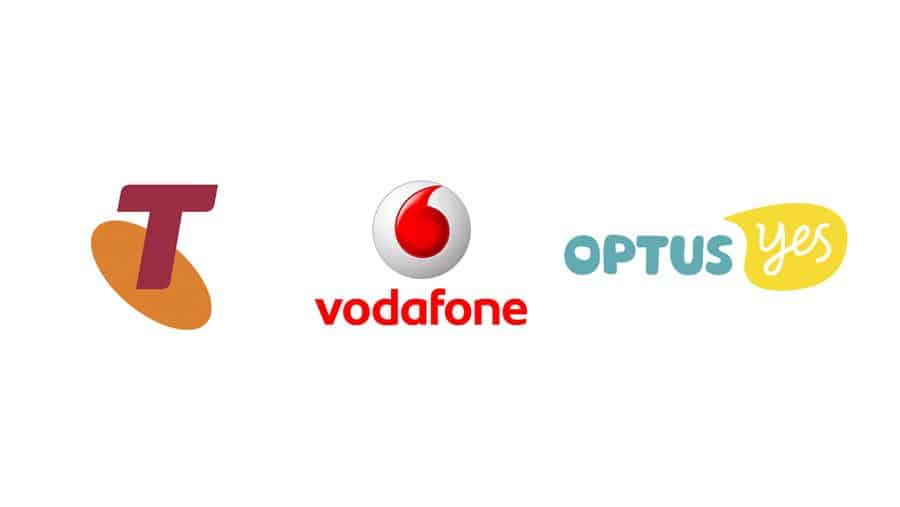 Telstra, Optus, and Vodafone have turned on 5G in select areas in Australia

Telstra currently has coverage across 32 Australian cities and regional centers. To find out if Telstra 5G is available in your area, you can access their 5G maps here.

Telstra plans to expand its coverage to 35 cities mid-year, and earlier the year the telco announced it had already connected 100,000 devices to its 5G network.

So far, Telstra has the most 5G devices available, and the widest coverage in Australia. This makes the telco the frontrunner in the 5G race right now, but there are some points to note before you do:

But Telstra has some fast-moving plans for rolling out their 5G network:

Optus has around 500 5G sites turned on. Last year, the telco set a goal of 1,200 sites to turned on this March but that doesn’t seem to have materialized.

Here are some of Optus’ 5G bright spots:

Vodafone spent the entire 2018 watching Telstra and Optus roll out their 5G networks across Australia. The telco was busy battling the ACCC to finalize its merger with TPG. The merger was finally granted by a federal judge earlier this year, leaving the telco to face its 5G goals.

Although Vodafone has been a late comer, here are the good spots on their 5G journey:

Even with the coronavirus outbreak slowing down the economy, the 5G rollout continues in Australia. However, analysts have cut back on previous forecasts about 5G in Australia, pointing to the COVID-19 pandemic as a negative factor. The fear is that consumers will lose their appetite for expensive, next generation gadgets like 5G handsets after the pandemic, because they simply won’t have the money for them.

The flip view, however, is that the stay-at-home phenomenon currently ongoing as a result of the outbreak could result in a new normal of even higher data use. Australians may become used to browsing at higher rates, and companies may implement more work-from-home plans, resulting in an increase in 5G demand for smoother access to data-hungry applications.