Forecasting growth of the eSIM in Australia

The classic hardware ‘SIM’ – the Subscriber Identification Module we’ve all come to be familiar with, is now almost a relic. SIMs are nearly 25 years old. In many ways, it’s surprising that Sim technology hasn’t been superseded a long time before now. Few things last a generation, in the field of consumer electronics.

The SIM has succeeded in surviving to this point by providing a secure means of accessing mobile networks. They connecting us to the phone companies we need. We’ve come to accept SIMs and grown used to what is, frankly, a cumbersome process.

We can change TV channels without a physical SIM in our remotes. We can even change energy companies. Why do we need a computer chip in a piece of plastic to change wireless networks ? Perhaps we don’t.

SIMs represent the sort of inefficient, unnecessarily difficult process problem that has been used to punish industries before. As the meme goes, Netflix didn’t destroy Blockbuster, it was the bad things about Blockbuster’s video rental process which left a gap to be exploited. Is the same true of the SIM ? Does the digitisation of the SIM process leave the industry to disruption ? 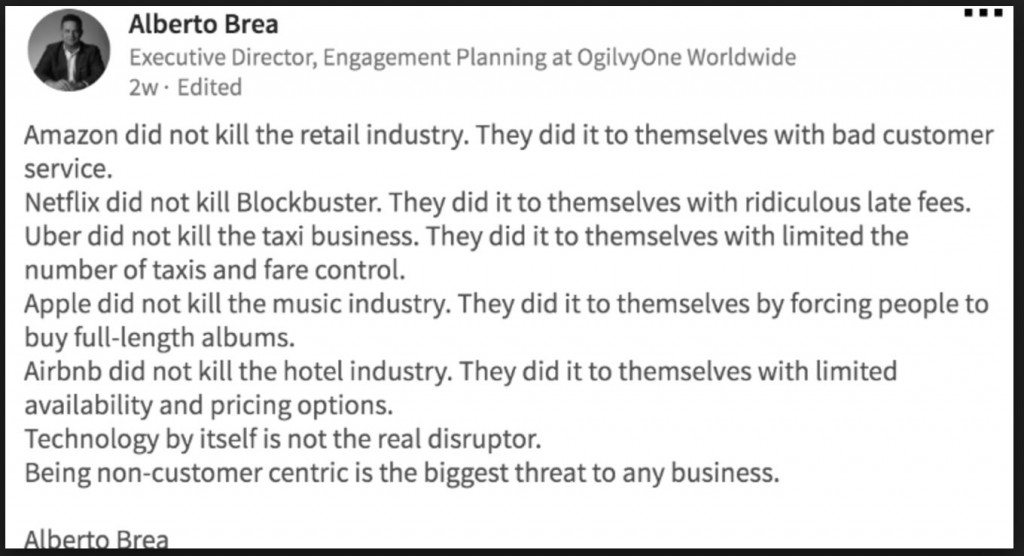 Basically an eSIM is a chip fitted into the phone, watch or laptop you buy. It performs all the tasks of a SIM, but it’s installed on to the motherboard of the product you have, before you purchase it. It’s programmable and re-programmable and it can hold more than one SIM profile at a time.

eSIMs allow users to pick a network without changing a physical SIM in whichever device they’re using. People won’t even need to talk to their phone company to join their network. Comparison of plans and connection will all be done from the handset. This means you can choose whatever telco you like or any MVNO (Mobile Virtual Network Operator) for that matter, if that suits you better.

eSIMs are the most significant change happening in the world of phone companies at the moment. The new Apple Watch – the third edition – will contain one. It should get to market in September / October 2017. The new iPhone 8 may also have an embedded SIM.

When you think about it, it makes sense that we’ve arrived here. Everything a user needs to connect to a plan is available from the phone companies and can be transferred Over The Air (OTA.) For telecommunications, an industry increasingly subject to influence from major internet companies, it was only a matter of adding more to a chip that would enable SIMless phones.

The eSIM appears likely to break down the traditional relationship that has been formed in the past between users and their carrier. In the past, it was the carrier – also known as a Service Provider – who traditionally provided the SIM. However, with an eSIM users don’t need to worry about the service provider or their plan until you have purchased the phone, laptop or watch you want to connect.

Last year, the GSMA, the consortium that has a say in Mobile World whose job has been to consider the views of everyone in the telecommunications ecosystem and to set an appropriate the policy for the wireless industry based on it, agreed the standards required to make the eSIM a reality.

Changing the way SIMs operate is an enormous change for the industry to adopt. It’s an even bigger change for people like you and me to get used to. And therein lies both the problem and opportunity.When it comes to moving from a physical SIM to the eSIM, we are talking about upgrading the core of an entire industry.

There are a huge number of stakeholders in the world of telecommunications. Estimating the speed with which the new idea is accepted by everyone involved requires consideration of a number of view points. As McKinsey points out :

“Revenue is at stake, and operators’ approaches to new propositions, shared data-tariff portfolios, potential new revenue streams, and handset-subsidy strategies across multiple markets will play a big role in how they fare in the new e-Sim ecosystem. Whether an operator decides to take a role as a smart follower or an early mover, an overall strategy and associated initiatives need to be shaped thoughtfully now.”

Pros and cons of the eSIM from a consumer perspective

The rate of uptake will be spurred by how readily the eSIM is adopted, and constrained by the negatives (including the difficulty of process change we’ve already outlined) associated with it.

Here are the pros and cons of the eSIM which will underpin it’s adoption.

Pros of the eSIM for users

Cons of the eSIM which will constrain it’s rollout

Phone manufacturers will be affected the most

OEMs ( Original Equipment Manufacturers – what the industry calls people that make phones) will have to overcome the hurdle of providing smart phones which take SIMS but can also be be SIMless. It is expected that between 346 and 864 million eSIM handsets will be manufactured annually up to 2020. By the end of this decade alone the SIM card industry will experience drops in shipment by 16 percent.

Until now, details of eSIM technology have been slow in emerging. What we haven’t seen is discussion on the forecast growth of this new type of SIM. Technology never takes over immediately, There is always some inertia in the market. That’s especially true when it comes to phones, phone companies and the way they work. As we’ve said, phone companies have a sizeable proportion of their processes built around the production, programming and dissemination of hardware SIMs – the current standard. That means that, when it comes to the eSIM, the key obstacle to widespread immediate adoption is the number of phones in market which use the standard hardware SIM. The big phone companies we all know have been pushing back for years on the demands made of them, in relation to the eSIM, by the GSMA.

McKinsey, also argue in a recent paper that eSIMs, already used extensively in Machine to Machine applications ( think Coke machines which report when they are out of cans) are a non trivial base of eSIMs which will double every year. They compare eSIM growth to growth in existing SIMs of only 5% per year.

What’s wrong with mcKinsey’s eSIM forecast (in our view)

It is potentially this lack of agreed standard which has caused McKinsey to forecast such small increases and slow uptake. We think they’ve missed a couple of key factors which will speed the adoptionof the eSIM in Australia.

Starting with Gemalto and their eSIM provisioning technology

Gemalto has been the most vocal, when it comes to required eSIM investments, of the 3 global companies who currently deal with the distribution of hardware SIMs. They appear to be betting a large part of their business on the uptake of the eSIM standard. Gemalto’s focus has been the development of enterprise scale provisioning systems.

Provisioning is the process under which the phone company writes their details on to the SIM card you’re using, in such a way that it can connect to their cellular network. A provisioned SIM – be that an eSIM or a regular hardware SIM – has the settings necessary to attach your phone to the Telstra’s network, for example.

Importantly, the size of the provisioning infrastructure Gemalto have built can be used to provision thousands of eSIM enabled phones an hour – the sort of connection volume one might expect to see from the launch of a new hero handset or device. Which brings us to Apple.

To which circumstances, you can add Apple

As you can see from Kantar ( another research institution ), Apple recently made up nearly 40% of the Australian market.

We are disproportionate Apple fans ‘Down Under.’ Apple sold 13 million iPhone 6s in the first few days of trading, around the world. Many say that this sort of phone lasts only about 2 years before they need replacing.

This is not to say that Apple are the only company working on eSIM solutions. ( There are actually several different types of next generation SIM as we explained in eSIM vs Embedded SIM vs Reporgrammable SIM ). Samsung are doing the same thing. And they make up a lot of the Android market. And they last a couple of years too.

What McKinsey have missed is that Apple define the market for mobile phones. They have stragically positioned themselves incredibly well to own this market. The current version of the AppleSIM may not meet the textbook definition of an eSIM but in function, it performs the same way. If you buy one of the enabled Apple devices in market, you will be able to pick an operator which has signed up to be part of the Apple program or take out the Apple SIM and insert another.

Bringing Gemalto together with Apple for a faster global rollout

There was considerable interest in the G & D stand throughout the Mobile World Congress. This company is not only the brains behind the eSIM, but it also makes the chip module and is in control of the management of the software that is capable of downloading the specific profile of an individual network provider to the eSIM. G & D also looks after the security of the eSIM, which has been a particular concern in recent years as people connect themselves more and more.

In our view, the rollout of the eSIM is going to be much, much faster than has been forecasted by McKinsey. This could just be a difference in the definitions involved. The technology used to disrupt the phone market is secondary, in our view, to the disruption itself. Apple’s AppleSIM and Samsung’s equivalent engender the same pattern for the industry whether or not the are ‘officially’ eSIMs. Apple will launch their first eSIM in the late 2017, as part of the new Apple Watch. If they follow this path, it will give them a chance to iron out any process problems, either within Apple or their phone company partners on the Apple Watch – rather than trying to deal with them in an iPhone release which is already the highest volume, fastest selling phone each year.

It seems the eSIM will unlock the mobile carrier market for every type of consumers.

The eSIM (or it’s experience equivalent) is going to change the world. In our view, McKinsey have underestimated how quickly the evolution will occur. Apple will create the migration simply by including a hybrid SIM / eSIM solution in their iPhone 7. Samsung is likely to do the same thing. andGemalto can deal with the huge volumes required to support such a launch. And when people realise the benefits in convenience, cost and experience, they are likely to move to eSIMs faster than forecast.

We’ve linked to this McKinsey paper before but it’s worth resharing here : http://www.mckinsey.com/industries/telecommunications/our-insights/e-sim-for-consumers-a-game-changer-in-mobile-telecommunications