Telstra trailing the 5G network and what consumers need to know 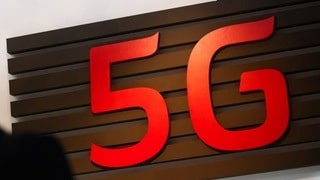 Telstra is making leaps and bounds with their future 5G network, thanks to a recent round of completed trials.

The national carrier has said the most recent September trials of the 5G mobile network, is comparable to a “quantum leap” in technology.

Telstra’s 5G network will be crucial to the Telco and will pave the way for future growth phases.
Future areas of growth for the carrier will be in areas such as virtual reality, the IOT (Internet of Things), cloud based computing, and augmented reality.

At the recent 10th anniversary of Telstra’s NextG network, it was noted that technological changes were unlikely to slow down.

“It’s fundamentally important that networks continue to grow, learn, adapt and allow businesses to use them in a simple way.” – Mike Wright, Group Managing Director of Networks, Telstra.

5G with be the explosion the carrier is looking for, that will lead to the next generation of technology.

Back in September, Telstra conducted their first successful 5G trial in a partnership with Ericsson.
With a satisfactory network outcome reported, the Telstra mobile group is looking to expand their business revenues

The Telco over the past decade has used its premier network as one of the key selling points.

It has been this effective strategy which the national carrier has used to mass subscribers, along with healthy profits.

Strong profits which have been at the centre of its shares and dividends rise.

Prior to the launch of the Telstra NextG network, the carrier was operating three mobile networks.
It was these networks which allowed the company to reach a nation-wide base of subscribers.

The three networks were comprised of the 3G network, the 2G network and the old CDMA network.

In the days prior to the Apple iPhone, the vast majority of the Telco’s network was used for voice calling.

But as technologies change, so to do the habits of consumers, who vote for change with their wallets.

The original NextG network infrastructure was designed to operate on the lower 850 MHz frequency.

In total the network cost Telstra around $1 billion, with several more billion spent in investments.

These investments were in their respective 3G and 4G networks, between 2008 and 2017.

Telstra has also retired their original CDMA network by switching it off in 2008, along with the closure of the 2G network in this coming December.

But the company has had to face constant issues with the network in its current form, most notably during 2016.

The Telco has been hit with a number of “hiccups” effecting both mobile networks and internet.

These series of outages across the network have led to the carrier facing heavy criticism from subscribers.

Telstra is billed as a “premium network” and charging a “premium fee” for the privilege.

Consumers are publicly asking if the fees are worth it, for the level of service which the Telco is providing.

In an ever increasing competitive market, Telstra is facing competition from a revitalised Vodafone Australia.

Optus is continuing to snap at their heals in second place ranking, with the addition of new content provider partnerships.

The 5G trials and results

Telstra’s first successful trial of the 5G mobile network technology was hailed as a success.

Initial testing speeds of around 20 gigabits per second were reached.

At these speeds it would be more than fast enough to download around 600 movies, of a high quality, every one minute.

In a future where average file sizes continue to increase, 5G speeds are the solution to downloading 100 gigabyte files.

As an example, one ultra-high definition movie, of around 100gig in size, could be downloaded in 40 seconds.

“This is the first 5G trial on Australian soil, and the outdoor nature of the test has provided a true sense of what 5G will be able to offer customers once it is launched commercially.” – Philip Jones, Chief Technology Officer, Telstra.

The 5G network is comprised of infrastructure using “hundreds of small antennas”, designed to beam signals.

The way in which the technology has been developed, allows for a more powerful dispersed signal.

The Telstra 5G tests were conducted using signals from the high-frequency 15 gigahertz spectrum.

During the September trials total download speeds of greater than 20 gigabits per second were achieved.

In theory, the tests demonstrate that gigabit speeds could be reached from up to 100 kilometres away from the closest tower.

Urban areas with existing fast 4G speeds would receive the fastest 5G speeds, in regional areas it would be a different story.

5G rollout to rural areas of Australia will depend on the upcoming regulatory decisions being considered.

The ACCC is currently deciding if non-Telstra customers can roam on Telstra’s regional mobile network.

The Telstra 5G tests have shown promise and excellent results when it comes to connectivity and download speeds.

However, the technology itself and handsets which support the 5G protocol are unlikely to be available in the near future.

While this might only be four years away, Telstra is already working on standards with device manufacturers.

There is quite a lot of new technologies coming within the next four years and 5G is going to be perfect for this.

5G will enable consumers to take quantum leaps when it comes to new technologies and capabilities.

With a world shifting towards content on demand and work “on the go”, 5G speeds will continue to support this.