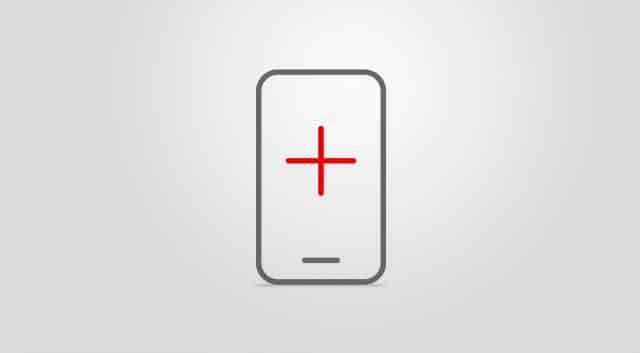 Imagine – you sit on your couch with snacks and a drink, and turn on your TV, ready to watch Netflix. You’ve done your research, so you go straight to the movie you want and select it. You press play, and…

A message pops up, telling you to drive to your local store and pick the movie up before you can watch it.

It makes no sense, but in essence this is what the current state of eSIMs looks like in Australia. While eSIMs have the potential and even the likelihood of revolutionising the mobile communications industry, at the current stage of development they are more trouble than they are worth for most customers.

However, it looks like Vodafone are going to be the first ones to change that. Here is how Vodafone could be stepping up its eSIM game and launching us into the next stage of mobile telecommunications.

Your SIM card identifies you to your phone company, allowing them to provide you with services and track your usage in order to bill you for it. A standard SIM is a removable piece of tech that you need to swap in and out when you change phone companies.

The eSIM should make swapping between phone plans and companies a painless process. This SIM is actually built into a device, being electronic and rewritable. There is no need to swap cards in and out every time a customer wants to change companies – an eSIM can be remotely rewritten to provide information to the new phone company, removing the need for a physical SIM.

It sounds like a small inconvenience, but the hassle of having to change SIMs every time is what stops many people from shopping around for their mobile phone plan. It also provides physical limitations for devices – while SIMs have been getting smaller, in modern smart devices space is at an absolute premium. Removing the need for an accessible SIM tray helps companies deal with issues like waterproofing, while providing more physical space for additional features.

eSIMs will make life easier and cheaper for mobile device users, but they have yet to be embraced by telecommunications companies. It’s not hard to see why – giving their customers the ability to easily swap between phone plans means they have to stay competitive at all times, and makes brand loyalty less important for customers.

Last week, the regulator said it wasn’t going to make any rules up just yet for the phone companies regarding eSIMs, after calls by many to require phone companies to do more and make it easier to work with the eSIM.  Resisting the widespread implementation of the eSIM might be beneficial for their bottom line, but it is restricting the progress of innovation and slowing down a technology that will have far-reaching benefits once it is widely adopted.

Three Australian companies offer devices with eSIMs – Optus, Telstra and Vodafone. The current process is even more complicated than just buying a new SIM every time. A regular SIM can be sent in the mail and activated online. With the eSIM, customers go through the majority of the activation process on their phone, which is as it should be – but are then required to actually go to a physical store to have their eSIM activated.

It’s great for the telco – it makes it much less convenient for a customer to switch brands, which works in their favour. However, global giant Vodafone have broken ranks and allowed their customers to activate their eSIM online.

Why does it Matter?

Aside from being more portable and replacing the need for a tray system designed to support a removable SIM card, the eSIM will have major benefits for customers. Ultimately, customers will be able to research a plan online, use their phone settings to sign up for the plan, and then access the benefits.

It also has great potential to streamline the process of international communication – instead of needing roaming support, travellers can easily sign up to a local phone plan, and then change back while they’re home.

eSIMs are being included in many wearable devices, such as the Samsung Galaxy watch and the last three generations of Apple smartwatches. Ultimately, eSIMs will help bring in the Internet of Things, helping make devices “smart” and interconnected.

While consumers wait for regulatory bodies to step in to make it harder for telecommunication companies to block eSIM progress, Vodafone have decided not to wait. It looks good for Vodafone to make it easier for their customers at this stage – instead of needing their arm twisted by legislation, they are voluntarily offering their customers solutions.

eSIMs have a long way to go before they are the intrinsic part of wireless telecommunications that they are predicted to be. However, moves like Vodafone’s recent decision to support customers use of eSIMs instead of making it more difficult allows Australia to take another step forward in its adoption of the eSIM, and makes Vodafone an attractive option for anyone wanting access to an eSIM-capable device.