Why Boost’s New Roaming Offer Can Upset The Fray

Boost has just released one of the most attractive roaming plans for Australians. The MVNO’s new $60 international roaming plan competes favorably with those of other Australian telcos. The plan is available only to boost customers, but it also gives users access to many advantages of Telstra, the NMVO’s host network.

Boost mainly focuses on a youthful customer base, most of who consume a lot of data. The plan will help travelers enjoy long hours of streaming and freedom to uploading/downloading files for social sharing. 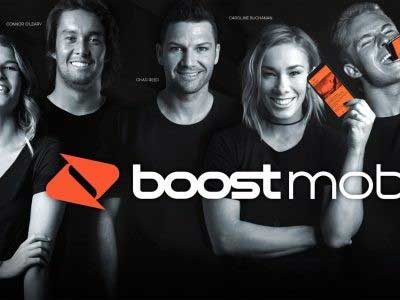 Boost has always focused on younger generations, and this new data plan is well-suited to the connectivity needs of young Aussies traveling abroad. src

The new $60 international roaming plan is a 14-day prepaid package from Boost that provides:

The talk time and SMS text apply to all standard numbers in 15 countries, including China, France, Germany, Hong Kong, Indonesia, Japan, Malaysia, New Zealand, Portugal, Singapore, Spain, Taiwan, Thailand, UK, and the USA. These are the most popular destinations for Aussies who travel overseas.

Speculations abound as to the real motive behind the launch of this new package. Some believe the telco is attempting to support the travel industry in the face of the COVID-19 epidemic by helping Australians prevent runaway costs of staying connected while abroad. But official reports suggest the new plan is part of Boost Australia’s 20th-year celebration.

“As part of our 20th-year celebrations, we are happy to further expand what we can offer our customers, continuing to give them the best deals with more data, more coverage, and more choice,” Peter Adderton, founder of Boost Mobile, revealed in a recent press conference.

Mr. Adderton also expressed the view that, eventually, nobody should pay for roaming when they travel – rates should be the same whether at home and abroad – and that Boost is pushing fellow industry partners to make that a reality.

Whatever the case might be, this current move will likely turn out to help simmer down the cost of communication for Australians as COVID-19 takes a heavy toll on the economy and wide range of businesses. In the long run, it’ll also help Boost further consolidate its position as a go-to service producer for Aussies abroad.

The 20th year celebrations will also include the introduction of temporary bonuses for new and existing customers. Any recharge from $30 – $70 on the network will attract a 14GB data bonus, until March 31st.

How to subscribe for the new Boost $60 roaming plan

If you’re not an existing customer, the first thing you need to do is to buy and activate a Boost Mobile SIM card. You can choose between a 7-day, 28-day, or long-expiry plan, depending on your unique needs. The plans cost from $10 to $300, and they all include unlimited standard national calls (some include international calls to specific countries) and unlimited SMS throughout their period of validity. Boost plans also give customers full access to Telstra’s 3G and 4G networks.

Now, with an active Boost SIM card in your phone, you can then go online to purchase Boost’s International Roaming recharge. Note that you can only buy it online in Australia, but if you want to recharge while overseas, you can either buy online or dial #111# to buy with a USSD code.

Once you’ve bought it, you’ll then have 14 days to use up the inclusions. There’s also an option for buying double inclusions (that’s 60 minutes talk time, 200 SMS, and 10GB data) if you purchase the plan twice.

Most telcos offer pay-as-you-go roaming services, which can be more expensive than a fixed roaming plan, especially if you’re a heavy mobile user. Vodafone’s roaming plan is currently one of the most attractive, providing Vodafone’s normal calls, text, and data inclusion rates for users abroad at just $5 per day. Telstra offers a similar package at a daily charge of $10.

However, Boost’s new roaming plan charges $60 for 14 days – an average of $4.30 per day. When compared to those of the other telcos based on the daily charges, Boost’s new roaming plan is clearly more cost-effective. But that doesn’t necessarily imply that it’s the best for everyone, as the combination of data, text, and talk time inclusions in each of the deal makes each one better-suited to users with specific needs.