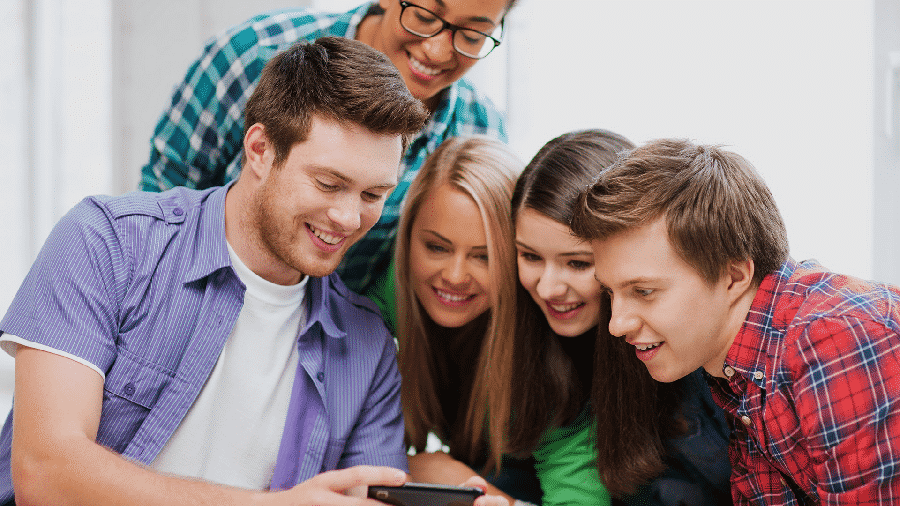 Telstra’s share price is outperforming, thanks to Belong Mobile

Telstra, the biggest and perhaps the most expensive mobile network in Australia, appears to be wining the mobile market race despite facing fierce competition. The telco remains the leader in the postpaid market, as it has added 239,000 new postpaid mobile costumers so far in the first quarter of 2019. Half of these new customers came through Belong Mobile, a small telco powered by Telstra’s network.

Telstra launched Belong Mobile, an extension of the discount Broadband brand, in 2017 to enter the low-cost mobile market. It’s a decent option when it comes to no lock-in contract postpaid.

Postpaid mobile is a primary revenue driver for Telstra, as people on postpaid plans spend more than those on prepaid mobile plans. Despite paying eventually paying more for postpaid plans, it appears that customers are moving away from prepaid plans towards postpaid, as the overall market for the latter has grown considerably.

Neither of these plans includes voice, but an additional $5 per month gives consumers unlimited talk and text. An additional $10 gives unlimited international talktime and text to select countries. These plans are quite attractive, and may explain why Belong Mobile have the most popular Australian postpaid plans.

How Belong Mobile’s postpaid plans are positioning Telstra on top

Following the success of Telstra’s lost cost mobile brand, Belong, the telco has now captured almost 50 percent of the postpaid market. JPMorgan research also indicated a rapid decline in the prepaid market, which is lost to the postpaid market where customers are billed at the end of the month rather than recharging their plans ahead of use. 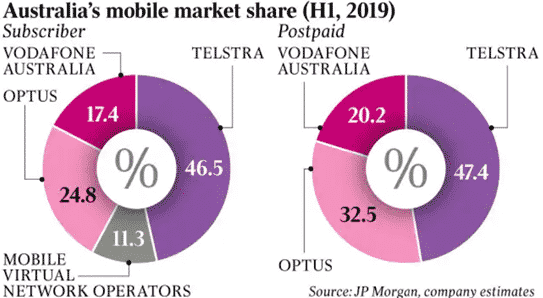 Major telcos focus their strategies on postpaid plans because such plans generate higher revenue than prepaid plans. From the six-month period of July to December 31, nearly 282,000 prepaid accounts got closed nationwide.

The expanding nature of the postpaid market has influenced the mobile broadband market as well. Mobile broadband refers to mobile hotspots such as dongles. It includes non-fixed wireless connections and uses 4G or 5G mobile networks to provide home broadband substitutes to fixed line broadband.

Investment bank analyst Eric Pan blames the postpaid market for declining mobile broadband customers. He says customers prefer tethering laptops to their smartphones rather than having a separate dongle plan.  However, mobile broadband plans generate low revenue in general; thus the loss is not serious.

Customers who are looking for Telstra’s postpaid services at an affordable price should choose Belong Mobile. The telco picked up 42.3 percent of total new postpaid customers, up nearly six percentage points on the same period a year earlier. As a result, Telstra’s total postpaid market share is now 47.4 percent. 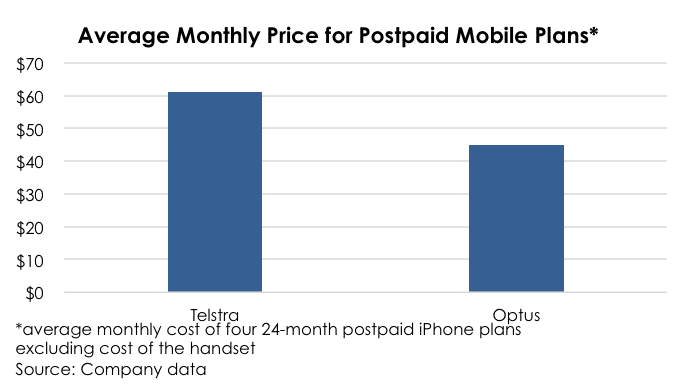 Telstra now leads the Australian mobile market by boasting a 46.5 percent share of the total mobile subscriber market, followed by Optus with 24.8 percent and Vodafone with 17.4 percent.

Mobile is now the primary source of revenue for companies like Optus and Telstra, which are constantly struggling to make money from fixed line businesses as NBN rollout is about to complete. Andy Penn, Telstra’s chief executive, has repeatedly claimed that his company is making no margin by reselling NBN plans. There’s news that the Australian federal government may write down the NBN value, asking the national broadband company to lower its wholesale prices and return some profitable margin to telcos.

According to Mr Penn, Telstra will be the first telco to avail 5G devices in the first half of calendar year 2019. He explains that the nationwide demand for telco products and services is constantly growing.

So far, Belong seems to have turned the tide in Telstra’s favor. After a rocky 2018 that resulted in thousands of slashed jobs to cut costs, the telco has seen increases in market share so far this year. With prepaid plans and MVNOs entering the market with cheaper plans than the major telcos, creating a consumer-friendly offshoot is proving to be a great strategy for Telstra.