What Happened To Phone Boxes? 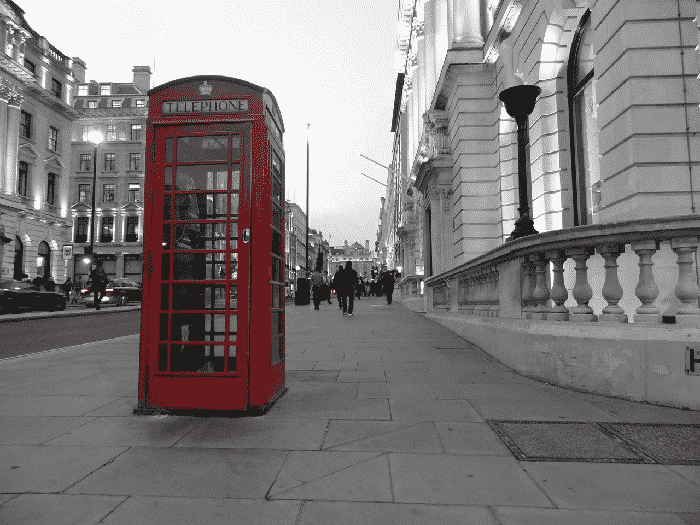 Where are all the phone boxes?

A far cry from their prevalence and popularity of the last century, phone boxes (also known as phone booths and payphones) are still widely available across the country.

According to the Australian Communications Media Authority (ACMA), there were approximately 24,573 functional payphones across the country by June 2016. This includes central business districts of capital cities and small towns.

Such a phenomenon may seem a bit odd, particularly in this era. Phone booths are primarily utilised for communication and, in today’s world, communication can occur from the comfort of your palms via smartphones and IoT (Internet of Things) devices. Given these factors, one may wonder why payphones still exist, and in such quantity.

The simple answer to this is: Because the Commonwealth Government Says So.

Payphones fall under the category of universal service obligations (USO).  According to section 9 of the Telecommunications (Consumer Protection and Service Standards) Act 1999, the Australian government is mandated to provide access to a number of services to all Australians on an equitable basis, wherever they reside or carry business. Payphones are amongst these services.

According to Narelle Clark, Deputy CEO of the ACMA, phone boxes still serve some of Australia’s most vulnerable citizens. She is quoted as saying, “Many people of low income, people in rural areas and people in areas with poor mobile coverage still rely on them.”

Where can phone boxes be found in Australia?

Payphones can be found in major cities across Australia, and even the nation’s most remote locations. By using Telstra’s payphone locator tool, you can identify every payphone near any given street address. It is important to note that while the density of payphones decreases when farther from major cities, you are never too far from a payphone.

Can any similar phone box mandates be found anywhere else in the world?

In the United Kingdom, the British Telecom mandates that payphones be maintained, as in Australia. Currently, the UK has approximately 10,000 phone boxes, a bulk of which are purely decorational at the moment.

Just as with Australia, the payphone holds significant historical and economic value to the citizens of the UK. In 2015, the classic red phone box was dubbed the greatest British design of all time. Phone boxes are regarded as a rich aspect of British history. 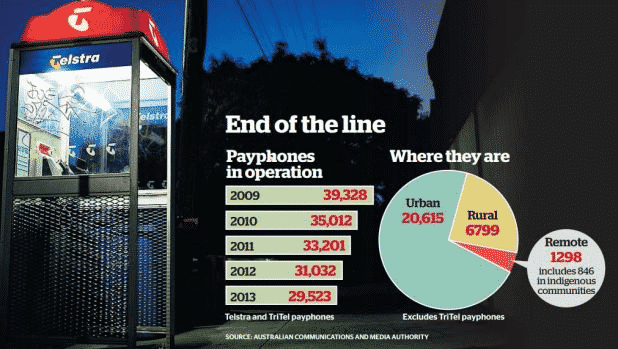 Despite smartphones and cell service being widely available to Australians across the country, there are still numerous phone boxes in existence. Despite numerous payphones being in existence, their use has witnessed a rapid, linear decline.

There have been numerous calls for the maintenance of these phone boxes by numerous Brits. In recent times, self-described ‘Activist Shareholder’ John Farmer has embarked on a mission to make sure the British Telecom adequately maintains the service.

Who maintains these phone boxes in Australia?

Much to the chagrin of the telco, it is Telstra’s responsibility to maintain payphones until they are pronounced obsolete. Telstra is mandated under the USO to ensure phone boxes across the country remain at a certain standard, and also ensure that payphones are “reasonably accessible to all people in Australia on an equitable basis, wherever they work or live”. This is according to provisions made in the Telecommunications Act of 1999.

Final words — Could phone boxes be declared obsolete in the near future?

There is a great possibility that phone boxes will become extinct in the near future. According to a productivity report carried out by the USO, it is strongly advised that Telstra begins winding down on its contractual obligations concerning payphones. This can be attributed to the widespread availability of mobile phones and other connected devices.

But instead of tearing down service lineups so skillfully crafted, Telstra is on a mission to convert payphones to wireless hotspots for Telstra Air. If this plan comes to fruition, the telco is expected to grant Wi-Fi access to 4,700 additional sites across Australia. Sadly, it is unlikely that this will take place before 2033. This is because in 2013, Telstra and the Commonwealth Government signed a $40 million-per-year contract to maintain the telco’s payphones until 2033. All plans for a fully functional, widespread Telstra Air endeavour will have to wait until after that contract expires.