Why Australia Is Going To Have To Get Used To Robocalling 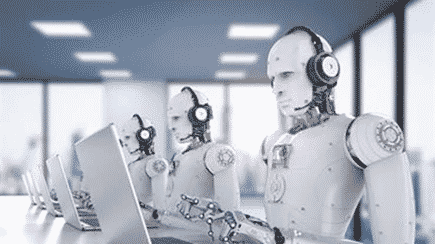 Robocalling: The Spam of the Century

Cell phone users are likely to have experienced at least one robocall in recent times.

Over the last few years, robocalling has greatly intensified, and this can be attributed to the widespread technology that makes the process far easier than it was in previous generations.

As the name implies, robocalls are robotic calls from unknown numbers featuring pre-recorded messages in order to market a product or an idea to the receiving individual.

In the United States, reports have shown that over 48 billion robocalls were placed in 2018 alone. This is 46% more robocalls that were made the previous year.

Although robocalling is an aspect of telemarketing, there have been instances in which individuals have been scammed using this process. If an unknown number contacts you and the message is not pre-recorded like a regular robocall, it’s possible that the call is a scam.

The legality of any robocall is largely dependent on the purpose for which the individual is receiving the call.

According to the Australian Consumer Law, calls made within the nation are grouped as either personal calls or commercial calls.

Naturally, robocalls would fall into the commercial call category, with balancing restrictions applicable under the Spam Act of 2003. According to these provisions, agencies who intend on robocalling individuals must obtain some form of permission from them in order to carry out the process.

Under the Spam Act of 2003, however, limited exemptions have been made to certain types of calls and messages including educational messages and political party campaigning as these are neither personal nor commercial activities.

Whatever the case, should a telemarketing agency flout these laws by robocalling individuals with restrictions, they face hefty fines of up to $1.7 million per day.

Why Australians are going to have to Get Used to Robocalling

Despite the stringent laws which govern and control spam calls and messages, robocalling is not going away in the near future. Australians may have to get used to frequent robocalls from telemarketers and third party individuals.

Here are some of the reasons why robocalls are practically unavoidable in today’s world.

Given the advancements of technology today, robocalling is much easier than it was a few years ago.

Once the operating system is set up and running, the program will reach as many individuals as it has been programmed to, within the space of only seconds.

With the advancements of robocalling computer programs today, it is possible to encode caller ID information in a way that individuals who receive these calls cannot tell where or who they originate from. Robocallers can make it seem as if their calls are originating from almost any number. For the receiving individuals, this makes it especially hard to ignore these calls.

In comparison to cellular calls, robocalls are easier to operate because they cost less money. This is because the bulk of robocalls are made using the Internet. That way these operations can minimise costs while still reaching their target audience.

Robocalls are calls from unknown numbers featuring pre-recorded messages in order to market a product or an idea to the receiving individual. Although there are laws which control and govern the activity of robocalling operations, they are still very rampant in Australia and especially in other countries worldwide.

Robocalling is a popular phenomenon due to its ease of use, cost effectiveness and numerous other factors. Australians may need to get used to increased cases of robocalling, especially because there is no telling if and when the operation will be outlawed.