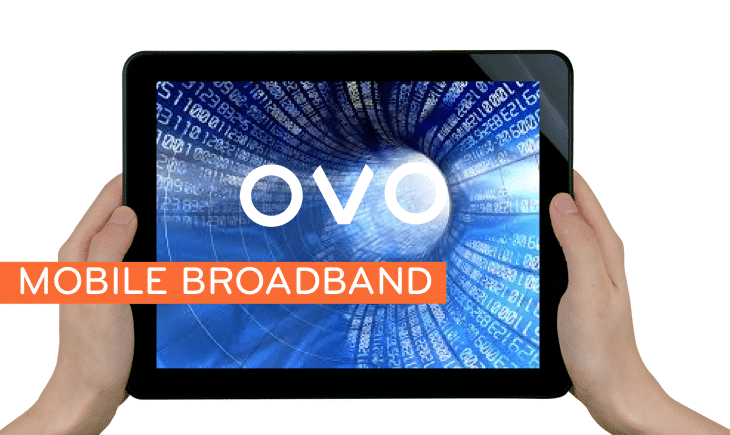 OVO Mobile has recently launched a 100GB mobile data plan that is being touted as a solution to NBN woes. If you are struggling with a slow and unreliable fixed-line broadband connection, you might consider comparing it with OVO to see if a mobile data broadband is a better option for you. In this article, we compared capacity and coverage, but today we will look at the crucial factor –speed. After all, nearly 35% respondents in our Whatphone survey stated that speed was the most important broadband service feature for them. 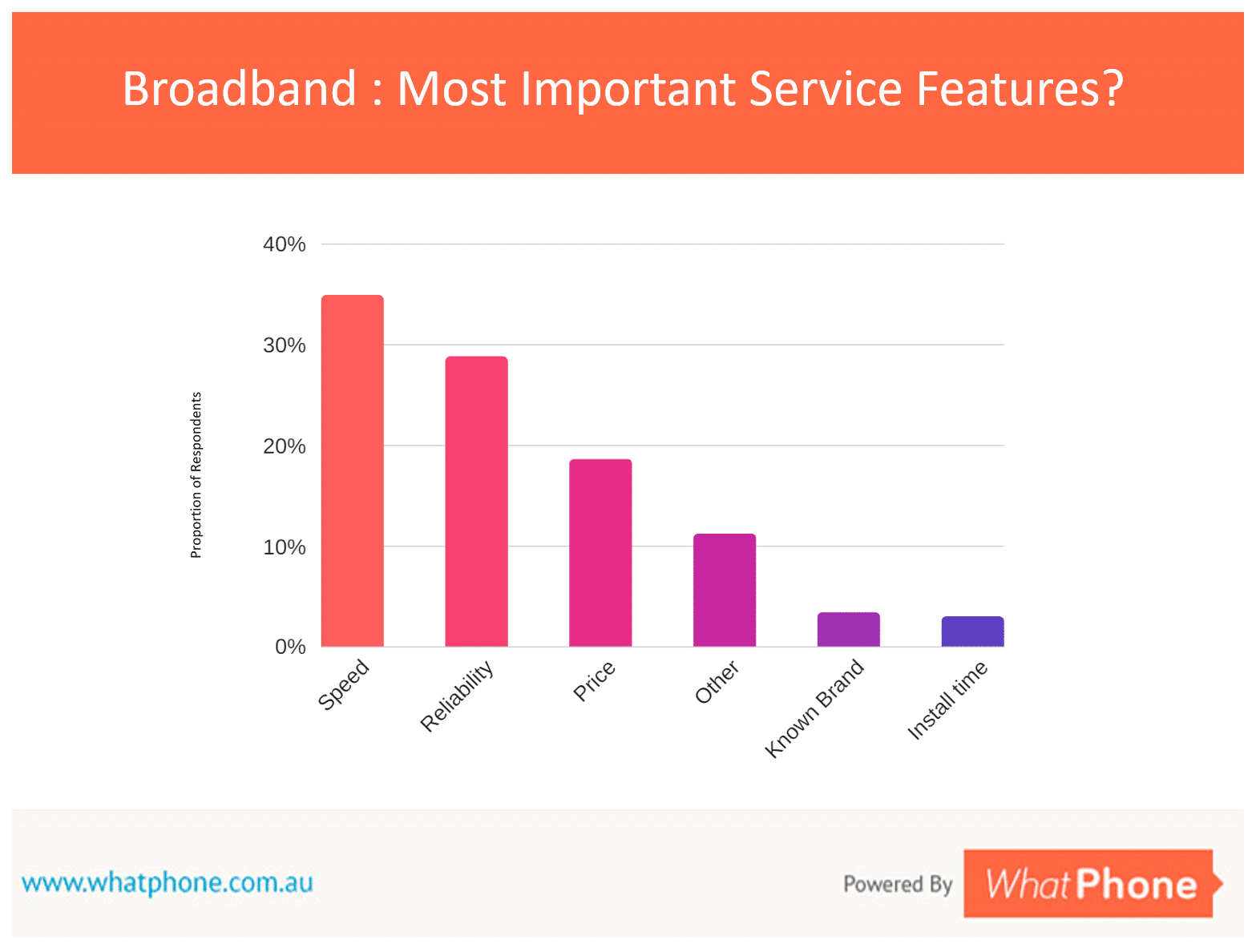 OVO mobile has launched www.notbloodynecessary.com to help you compare the speeds available in your area. When you visit the site, you will be asked to enter your location manually. It can also automatically obtain this information if you give the site permission to access your device location information. 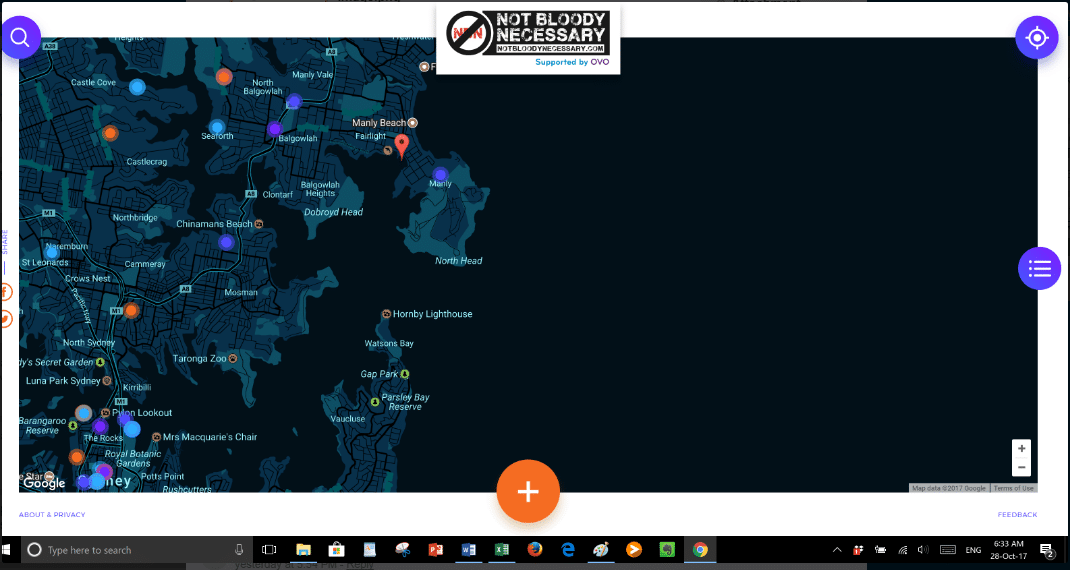 Once it has done so, it will give you the speed data of different networks in your area. You will see dots of different colours and if you hover over a dot, it will show you a house or phone icon. This is what they mean:

Of course you need to click on the icon to note the satisfaction rating, because I noticed some high speed fixed line ratings with low stars – probably because of dropouts or black spots.

Mobile data networks have seen tremendous progress over time, because of high competition and the consecutive investment from telcos. Telstra, Vodafone and Optus have all pumped money into their wireless networks to expand coverage, quality and capacity over time. Global research and development has led to innovation, the more efficient use of frequency and higher download speeds. Some of these include:

In comparison, NBN has only struggled with mismanagement, poor technical decisions and lack of funding. The nation’s biggest-ever infrastructure investment has turned into a political football, plagued by cost overruns and construction delays. It was sold as a Rolls-Royce but most Australians have found themselves saddled with a rusty bicycle, with homes still waiting to be connected or receiving technology that doesn’t meet their needs. Many are in NBN limbo or find themselves worse off than before. Fixed broadband in Australia remains embarrassingly slow, putting us behind Russia, Hungary and even Kenya as far as Internet speeds are concerned.

Faster and cheaper – the future of mobile

Because of increasing demand due to the proliferation of portable devices like smartphones and tablets, mobile data is set to become faster and cheaper. The impending arrival of 5G is not far off, with the Australian market being primed to expect it around 2019. At Mobile World Congress this year, Samsung showcased its 5G Home Routers, which achieved speeds of up to 4 gigabits-per-second (Gbps), according to PCMag. This could let you download a 50GB game in under two minutes, or a 100GB 4K movie in under four minutes! Will NBN ever reach such speeds? Unlikely, unless they make the switch to fibre optic cabling. Unfortunately, due to spiralling costs, they are currently sticking to copper and copper has its limitation with highest theoretical speeds only reaching 50Mbps. 5G would be at least 10 times, if not more, faster than that.

Up until now, the two things limiting mobile broadband use were price and data allowances. 10 or 20 GB a month is not enough for a family’s wifi needs. Besides this, peak 4G speeds are inherently limited by the category speed of your modem. While the effective category speeds of most devices sold in Australia for 3G/4G LTE broadband mimic or exceed those of NBN plans, they’re theoretical maximums that can often become minimums, again relating to the wireless nature of mobile broadband.

However, telcos have caught on to this market gap, and things are changing quickly. OVO is leading the bandwagon with their 100 GB mobile data SIM cards that can be used with any modem and uses the underlying Optus 4G plus network. Optus, too, has recently partnered with Huawei to repackage its mobile network as home wireless broadband using specially manufactured modems and offering 200 GB monthly data limits to users. Optus has already wholesaled this service, and other retail offerings will follow soon.

What you get from OVO